Australia vs India: Ricky Ponting Says Drawn Test In Sydney Will Hurt Australia, Reckons Hosts Will Have Edge At Gabba

Australia vs India: Former Australia skipper Ricky Ponting praised the resolve shown by the Indian team but said that a drawn Test at the Sydney Cricket Ground will hurt the hosts. 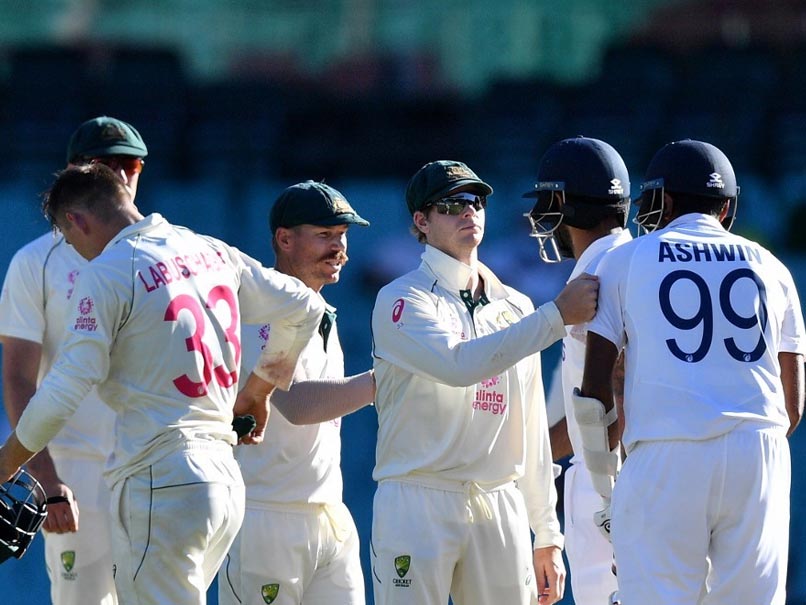 AUS vs IND: Players greet each other after India drew the third Test in Sydney.© AFP

Former Australia skipper Ricky Ponting has said that a drawn Test match against India at the Sydney Cricket Ground will hurt the hosts, but he also praised the resolve shown by the Indian team. Ravichandran Ashwin and Hanuma Vihari batted out close to 50 overs on day five of the third Test to help India walk away with an epic draw and head into the final Test at the Gabba, with the series level at 1-1.

"I think you have got to give a lot of credit to India and the steely determination they showed through the course of yesterday afternoon and today. The resolve that they showed, Rishabh Pant was outstanding, Vihari and Ashwin were impenetrable. Full credit to them but it is one the Australians... that will hurt them I think," cricket.com.au quoted Ponting as saying.

Rishabh Pant played a counter-attacking knock of 97 runs on the final day. With the injury concerns looming large for the visitors, Ponting has said that Pant can be chosen as a batsman for the final Test, and Wriddhiman Saha can come in as the wicketkeeper.

"India again is going to have a couple of injury concerns out of this game so they have got to find another couple of guys to bring in. If they were to play another batter, they could play that batter at five and Rishabh stays at six and Saha can come in at seven," he said. "That looks pretty good to me," said Ponting.

India and Australia will face off in the series finale of the four-match series at the Gabba, Brisbane, beginning January 15. Ponting reckons Australia will have the edge heading into the final Test as the hosts have an impeccable record at Brisbane.

Australia will have the edge going to Brisbane. "One, (Australia's Gabba) record and two, if Will's OK then they won't have to make any changes and if Will's not they will only have to make one change and they have had a pretty dominant performance in this game," he added.

The 22-year-old Will Pucovski had shown discomfort during the third Test and was spotted icing his shoulder before he left for scans on the final day.

"The thing I am worried about with (Pucovski), a guy playing his first Test match, not to be back out in the field at the end of the day, to me that is a real worry. If you are a young bloke and the Test match is on the line I know I would have done absolutely everything I could to get back out there," said Ponting.

Sydney Cricket Ground (SCG), Sydney Australia vs India 2020-21 Cricket
Get the latest updates on IPL Auction 2023 and check out  IPL 2023 and Live Cricket Score. Like us on Facebook or follow us on Twitter for more sports updates. You can also download the NDTV Cricket app for Android or iOS.