Australia vs India: Virat Kohli, at the post-match presentation ceremony, had said that Mohammed Shami found it difficult to even lift his arm 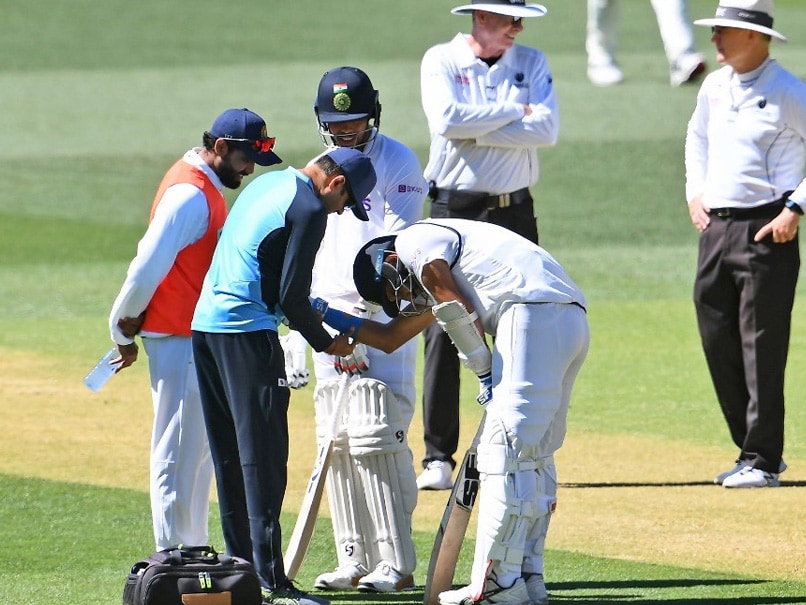 Australia vs India: Mohammed Shami was hit by a Pat Cummins bouncer.© AFP

Indian pacer Mohammed Shami is set to miss the remaining three Tests against Australia after suffering a fracture on his bowling wrist during the series opener. The fast bowler was hit on the elbow by a Pat Cummins short ball during India's second innings on Saturday which ended at a record lowest 36 for nine. He was taken to a hospital for scans, which revealed a fracture. "Mohammed Shami has a fracture and the chances of him taking part in the remaining three Test matches is next to nil," a BCCI source told PTI on conditions of anonymity.

He added that Mohammed Siraj, for his impressive show in the two warm-up games, will be in line for a Boxing Day Test debut in Melbourne.

With no Virat Kohli available for the next three games due to his impending fatherhood, the Indian team is grappling with a lot of issues on multiple fronts.

Shami has been one of India's most lethal weapons and his absence will not only weaken the bowling attack but India will also miss a sound cricket brain on the field.

That Shami will be unavailable was indicative when skipper Kohli, at the post-match presentation ceremony, said that the fast bowler found it difficult to even lift his arm.

"He was in a lot of pain, couldn't even lift his arm. We'll probably know in the evening what happens," Kohli revealed after the visitors succumbed to an eight-wicket loss.

The team's medical staff rushed in to his aid during the match and after some deliberation, Shami decided to walk back to the dressing room ending the visitors' innings in 21.2 overs.

After the physiotherapist Nitin Patel applied what looked like a painkilling spray, Shami tried to resume batting but didn't seem comfortable and decided against continuing.

India are now 0-1 down in the four-match series. The two teams will meet again on December 26 for the Boxing Day Test in Melbourne, where the visitors will be without the services of Kohli, who will head back home for the birth of his first child.

Mohammed Shami Australia vs India 2020-21 Australia vs India, 1st Test Cricket
Get the latest updates on Fifa Worldcup 2022 and check out  Fifa World Cup Schedule, Stats and Live Cricket Score. Like us on Facebook or follow us on Twitter for more sports updates. You can also download the NDTV Cricket app for Android or iOS.