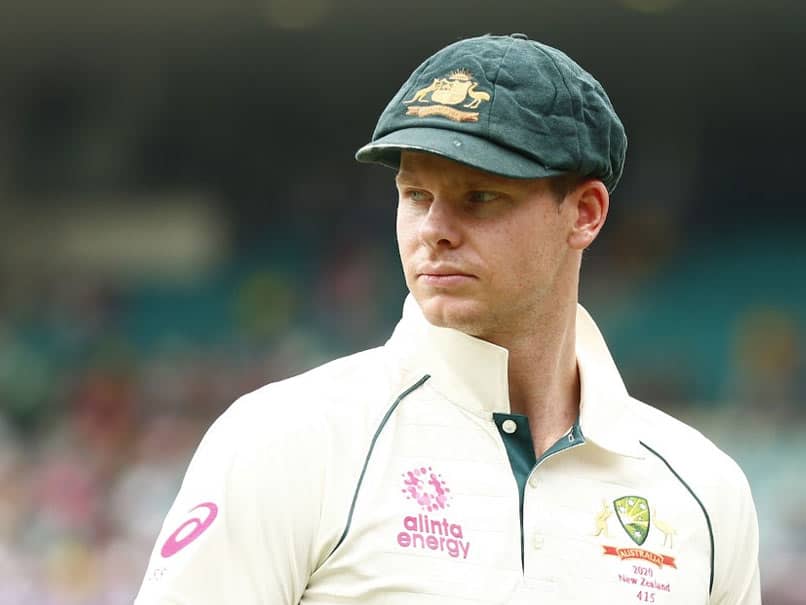 With Indian batsmen fighting hard to save the third Test at the Sydney Cricket Ground (SCG) with great grit and determination, a video of Australia's Steve Smith scuffing Rishabh Pant's batting guards during the drinks break in the second session became a huge talking point all over social media, leading to fans questioning his intentions. Pant, who was promoted up the order after India lost skipper Ajinkya Rahane early in the first session, made Australian bowlers toil in the field, with one of the best counter-attacking knocks in recent times.

The incident occurred in the middle session when players were having the drinks break. The incident recorded in the stump cam showed Australia's Steve Smith walking up to the batting crease and doing left-handed shadow batting.

However, what happened afterwards got many people talking on social media as Smith was apparently seen rubbing his shoes over the batting guards marked by India's wicket-keeper batsman.

Here's the video of the incident as caught on stump cam:

Australia's Steve Smith shadow-batted as he came to the crease after the drinks break, and proceeded to remove Rishabh Pant's guard marks.

Pant and Cheteshwar Pujara stitched a solid 148-run stand for the fourth wicket to give Australia a cause of worry. Pant, after a cautious start, took Australia bowlers, especially Nathan Lyon to the cleaners with his attacking stroke play.

Here's how some fans reacted:

What a player Steve Smith is. Performs everywhere. #AUSvIND

@virendersehwag isn't this cheating? Steve Smith removing them guard marks of Pant in drinks break? What else was he doing to the pitch? pic.twitter.com/hUw6d5KavN

Australia's Steve Smith shadow-batted as he came to the crease after the drinks break, and proceeded to remove Rishabh Pant's guard marks.

After drinks break Steve Smith comes to shadow bat and scuffs out pant's guard marks.#RishabhPant then returns and has to take guard again. pic.twitter.com/OQ9elpuaAo

Lyon finally got the better of his man as he got rid of Pant in the 80th over just three-short of his century. After Pant's departure, Pujara also got out in pretty quick succession after scoring 77 runs off 205 balls.