India vs Australia: Australia seem to be sinking deeper into the morass of injury worries ahead of the historic day-night Test at Adelaide, while India ended quizzing over the ideal batting line-up with the inclusion of Mayank Agarwal and Prithvi Shaw for the opening slots. 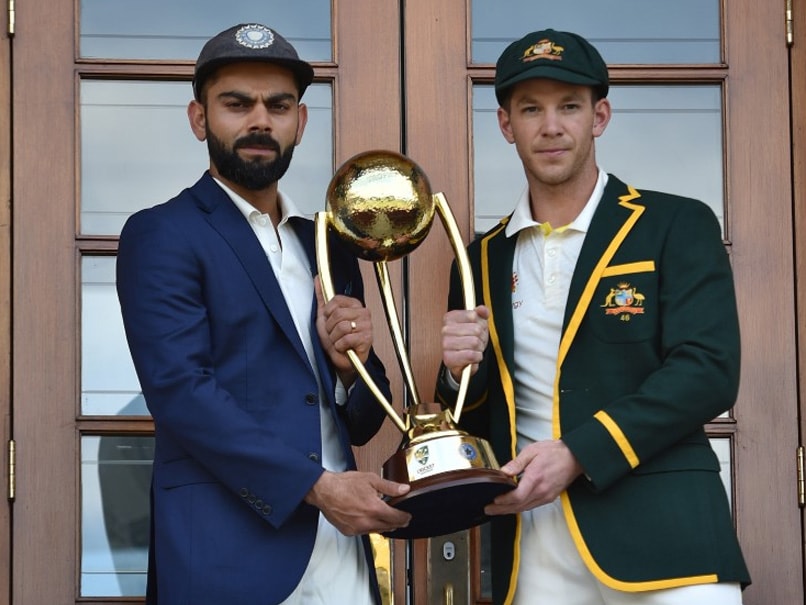 The first Test of the four-match series will be played at the Adelaide Oval.© AFP

As Adelaide prepares for India's first-ever away day-night Test, both Australia and the visitors are faced with questions about who would play. India's problems seem to have more to do with who will be the best fit, while Australia are simply focussed on who will be fit to start with. India's focus was largely on the opening slots, trying to figure who will be batting at No. 1 and 2, with the rest of the squad mostly fitting itself in. But by the end of the day, they had made their choices. Australia, on the other hand, are having to find replacements and stand-byes galore as D-Day approaches.

Take a look at Australia. Will Pucovski, the next great hope of Australian batting, was laid low by India's net bowler Kartik Tyagi, while Cameron Green - another new hopeful - was at the receiving end of a shot from, of all the batsmen, Jasprit Bumrah.

So as things stand, Pucovski is out, and Green is doubtful, so Marcus Harris and Moises Henriques were called up as replacement and stand-by respectively.

Then Australia lost Sean Abbott, thanks to a minor calf strain which will keep him out of the first Test.

David Warner went out of action after a typically extravagant fielding attempt during the limited-overs series.

And as if that wasn't enough, Steve Smithwas said to be limping a bit, though he was later reported to be back at the nets.

Not quite the perfect plan for skipper Tim Paine and coach Justin Langer ahead of the opening Test of the series.

On the plus side, Mitchell Starc is back and that in itself possibly puts the chips up for the hosts, since irrespective of how many runs are scored, it takes 20 wickets to win a Test.

India don't seem to be too worried on that front. Their bowling was quite something in the first inning against Australia A, with Mohammed Shami and Bumrah being automatic choices and Umesh Yadav too got called up as the Board of Control for Cricket in India declared the playing XI on Wednesday, on an Adelaide track which may help seam-up.

Ravichandran Ashwin got in as India's only specialist spinner.

As for the wicket-keeper, Wriddhiman Saha got the surprise nod ahead of Rishabh Pant, since all the indications ahead of the team selection were to the contrary.

As for the middle-order, Cheteshwar Pujara, Kohli, Ajinkya Rahane and Hanuma Vihari were in. KL Rahul sits this one out.

Which left us with the crucial question. Who opens?

That too was answered as the team management decided on Mayank Agarwal and Prithvi Shaw. The latter can safely be called an optimistic choice, since Shubman Gill looked all set for a debut.

Gill possibly has the most compact straight-bat technique among the newcomers and is a country mile ahead of Prithvi Shaw as a batsman.

That then, is how things should pan out for India in the only Test Kohli will play in the series.

How this selection manages to handle the pink cricket ball in alien conditions is another question to ponder and possibly will be the biggest question for the team, rather than the actual team allocation.

That question will be up for answer when the hostilities begin Thursday.

Steven Smith Australia vs India 2020-21 Australia vs India, 1st Test Cricket
Get the latest updates on ICC T20 Worldcup 2022, check out the Schedule and Live Score. Like us on Facebook or follow us on Twitter for more sports updates. You can also download the NDTV Cricket app for Android or iOS.