Tim Paine said he was really disappointed to see the incident of racial abuse from the crowd against Indian players at the Sydney Cricket Ground. 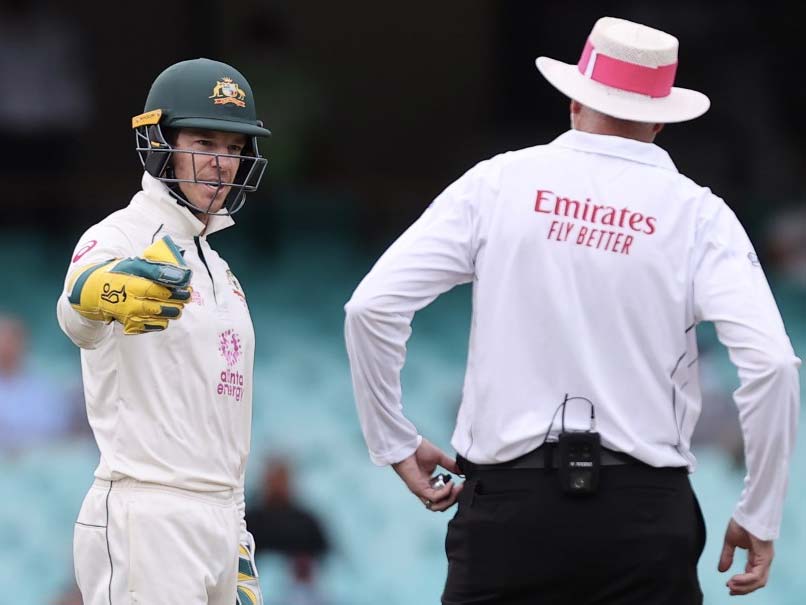 Australia skipper Tim Paine on Monday said that Cricket Australia and his team did not condone any kind of racial abuse and it was disappointing to see that happen. He added that the Australian players wanted this to stop and stood with the Indian team in the matter. "Cricket Australia and Australian team did not condone any sort of abuse particularly racial abuse. I just wanted to let them (India) know that we are with them and it was not condoned by any of us. Really disappointed to see that happens with teams when they come to Australia and we wanted to stop it," Paine said in the post-match press conference.

The Indian team on Saturday lodged an official complaint after the crowd at the SCG racially abused pacers Jasprit Bumrah and Siraj over the second and third day of the Sydney Test. Rahane said the team is upset with the crowd behaviour.

The crowd did not stop on day four of the ongoing Pink Test as Siraj along with Rahane had a word with umpire Paul Reiffel regarding the unruly behaviour of the crowd. Visuals on television indicated that there were some words spoken for Siraj who was fielding near the boundary rope. Both the umpires then had a word with each other and the police then asked a group of men to leave the stand.

Coming back to the game, Ravichandran Ashwin and Hanuma Vihari batted out 258 balls to help India walk away with an epic draw and head into the final Test at the Gabba, with the series level at 1-1.

Paine also said he wants to set a better example for the youngsters after he used an abusive word for Ashwin while he was batting and it was heard on the stump mic.

"We all know that stump mic is part of the broadcast and it is great to bring the viewers that close and to be able to hear and unfortunately I set a pretty poor example with my use of language. Certainly disappointed with myself after I heard that. We know we gotta be careful. ....I need to set a better example than that," he said.

Debutant Will Pucovoski was taken for scans after he was hit on his shoulder. When asked about an update on him Paine said, "I'm not sure as I have not seen him since he has been off the ground. I can't give you enough update on him."

A hamstring injury notwithstanding, Vihari hit an unbeaten 161-ball 23 while Ashwin hit 39 off 128 balls as the two defended away any hopes Australia had of registering a win. With an injured Ravindra Jadeja waiting in the pavilion, it was important for the two to ensure they saw India to the end and that is just what they did as the players shook hands with an over left.

Ravichandran Ashwin Australia vs India, 3rd Test Cricket
Get the latest updates on Fifa Worldcup 2022 and check out  Fifa World Cup Schedule, Stats and Live Cricket Score. Like us on Facebook or follow us on Twitter for more sports updates. You can also download the NDTV Cricket app for Android or iOS.