Inderjeet Singh, the reigning Asian champion, began the qualifying round at the Bird's Nest Stadium with a below par 19.15m effort in his first attempt before he fouled his second throw. 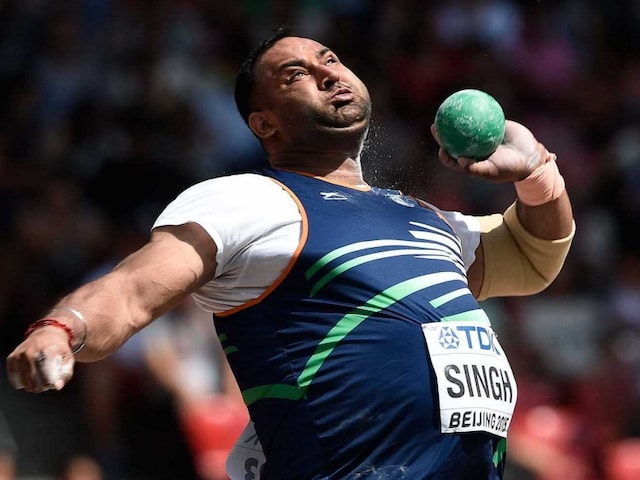 Inderjeet Singh in action during the World Athletics.© AFP
Beijing:

Inderjeet Singh became the first Indian shot-putter to enter the final round of World Athletics Championships while Baljinder Singh produced his personal best to finish a creditable 12th in the men's 20km race walk on the second day of competitions here on Sunday. (Lopez Wins 20km Walk)

Inderjeet, the reigning Asian champion, began the qualifying round at the Bird's Nest Stadium with a below par 19.15m effort in his first attempt before he fouled his second throw. (Ennis-Hills Returns to Global Stage in Style)

But he made his third and final attempt count as he heaved the iron ball to 20.47m to qualify for the final round as one of the 12 best performers in the qualification round.

Inderjeet, who has a personal best of 20.65m, was fourth best in Group A and ranked eighth among the 12 shot-putters who entered in final round after taking into account the performances of Group B competitors in the qualification round. The final round is slated later this evening.

Chinese Olympic bronze medallist Zhen Wang was second in 1:19:29, while Benjamin Thorne -- the biggest surprise of the race -- took bronze in a Canadian record of 1:19:57.