Nick Davies was International Association of Athletics Federations's communication director at the time under Lamine Diack, who was succeeded by Coe as president in August. 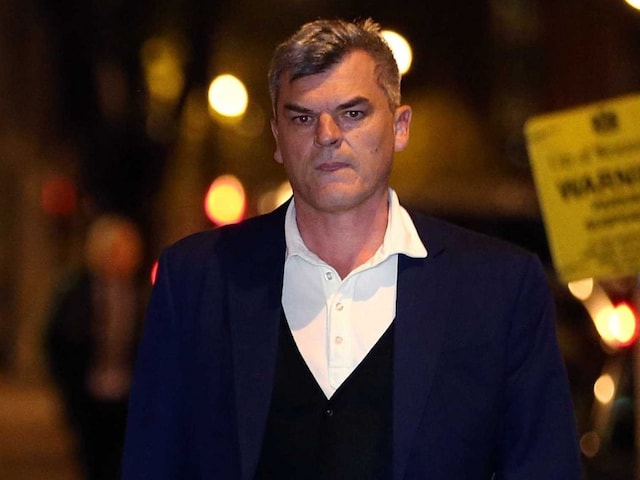 Emails sent by Nick Davies, leaked to a French newspaper and published this week, indicated that he tried to delay public identification of alleged Russian drug cheats before the 2013 world championships in Moscow.

"I have decided to step aside from my role with the IAAF until such time as the ethics board is able to review the matter properly and decide if I am responsible for any breach of the IAAF code of ethics," Davies said in a statement.

Davies was IAAF communications director at the time under Lamine Diack, who was succeeded by Coe as president in August. The French criminal case against Diack deepened this week, with magistrates filing new, tougher corruption charges against him in connection with cover-ups of Russian doping.

Davies is reported to have sent an email to Papa Massata Diack in 2013 asking what "Russian 'skeleton' we have still in the cupboard regarding doping" and suggesting using the marketing company chaired by Coe - then IAAF vice president - to lead an "unofficial PR campaign" to "avoid international media scandals" related to the Moscow championships.

If Russian athletes guilty of doping were not competing in Moscow, "then we might as well wait until the event is over to announce them," Davies wrote in the email, which was published on Monday by Le Monde.

After promoting Davies to run his office at the IAAF in September, Coe is now losing one of his closest aides just as he tries to clean up the scandal-tainted governing body,

"In order to demonstrate that I am willing to have all allegations of unethical behavior on my part in 2013 properly and fairly investigated I have referred my emails to Papa Massata Diack in 2013, my statements, and the circumstances of the emails to the IAAF ethics board," Davies said in Tuesday's statement.

Davies has suggested that emails reflected his job "to manage and promote the reputation of the IAAF."

"What has become apparent today is that I have become the story," he said. "This is not helpful at the current time, with ongoing criminal investigations by the French police, the IAAF's ethics board or WADA - all of whom I have voluntarily offered full assistance to and will continue to do so."

Russia's athletics federation was suspended by the IAAF after a World Anti-Doping Agency independent commission found evidence of systemic doping and cover-ups.

Lamine Diack is now accused of "active corruption," which generally involves offering money or other promises in exchange for violating a rule, an official with the Paris financial prosecutor's office said on Tuesday.

Diack was previously accused of "passive corruption," on suspicion he took around 1 million euros ($1.1 million) to cover up positive drug tests by Russian athletes.

The official told The Associated Press the new preliminary charges center on suspicions that Diack bribed Gabriel Dolle, the former IAAF anti-doping chief who was also under investigation, to delay reporting of violations by Russian athletes.

The official was not authorized to be publicly named while speaking about an ongoing investigation.

The preliminary charges allow magistrates more time to investigate before deciding whether to file formal charges and whether to send a case to trial. Diack, an 82-year-old former long jumper, is free on bail pending further investigation but barred from leaving France.

Papa Massata Diack told the BBC his father was in "good spirits" despite the investigation.

"Suddenly, they are just going to destroy all he's built over the last 16 years and all the 39 years he's spent in the IAAF, so I find it very sad, and I could not recognize certain acts or certain declarations made by certain people," he was quoted as saying from Senegal.

The younger Diack also said he "totally rejects" accusations he himself had any role in blackmailing athletes or seeking money from Qatar before its unsuccessful bid to host the 2017 worlds. French prosecutors suspect Papa Massata Diack of playing an active role in an alleged "system of corruption" that sought to blackmail athletes, with demands of money to hush-up suspected doping.

"I have never been involved in a system of corruption or extortion of funds from athletes," he said in a separate interview with RFM, a private radio station in Dakar.