Expected to fetch between 30,000-50,000 Pounds, Roger Banister's black kangaroo leather shoes were bought by an anonymous bidder at the 'Out of the Ordinary' sale in London. Roger Bannister achieved his record-breaking feat at Oxford's Iffley Road track on May 6, 1954 when he was 25.© AFP

"When bidding opened there was great anticipation. After two-and-a-half minutes of bidding, they were sold to an anonymous buyer on the telephone." 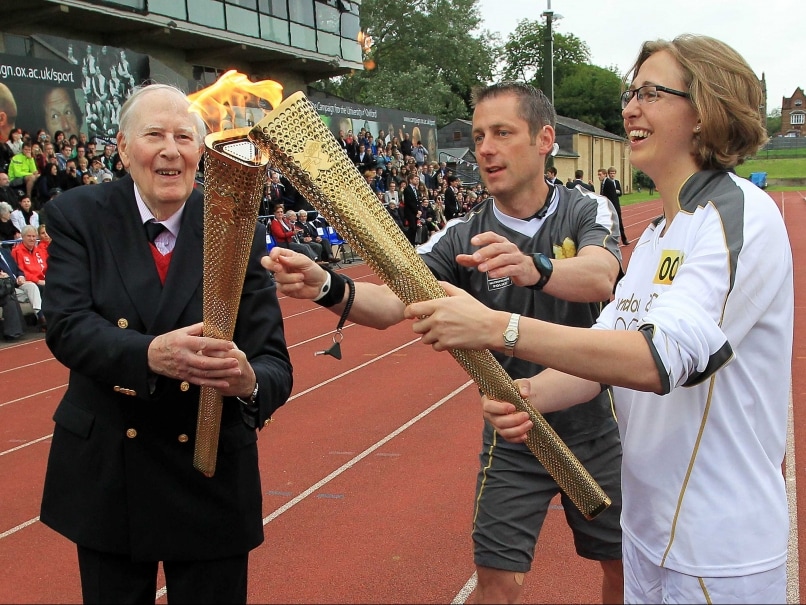 Now 86, Bannister said he planned to give some of the proceeds to the Autonomic Charitable Trust, as it "encourages the area of neurological research to which I have devoted most of my life...Other worthwhile causes in which I have an interest will also benefit," he added. Bannister studied medicine at the University of Oxford.

Bannister achieved his record-breaking feat at Oxford's Iffley Road track on May 6, 1954 when he was 25. He ran the mile in three minutes 59 seconds. In May, the stopwatch used to time the race sold for 20,000 Pounds at an auction.

"These shoes are the last tangible link I have with the four-minute mile," Bannister had said before the sale. "All my trophies are now on display at Pembroke College, Oxford, where I was Master. They served me great purpose, I'm grateful to them. I think it's the right time to part with them," he said.