McLaren's comments came on a day when a Russian inquiry repeated the allegation against the former head of the Moscow drug-testing lab, Grigory Rodchenkov. 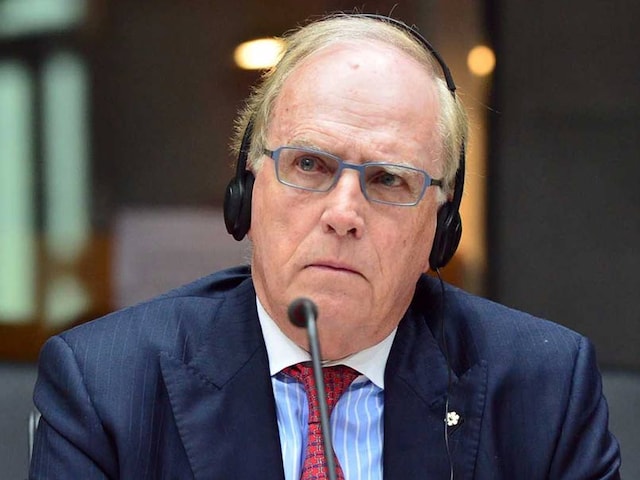 Richard McLaren, who produced two reports on Russian sports doping, said on Tuesday that the country is risking heavier punishment with its continued denials of state involvement. Speaking to journalists at the "Play The Game" conference on integrity in sports in Eindhoven in the Netherlands, McLaren said that Russia was playing a dangerous game ahead of the International Olympic Committee decision on participation in the Winter Games in Pyeongchang.

"First of all I would like to know if they have actually read the report," said McLaren, a Canadian lawyer who headed a commission on behalf of the World Anti-Doping Agency.

McLaren's comments came on a day when a Russian inquiry repeated the allegation against the former head of the Moscow drug-testing lab, Grigory Rodchenkov, who turned whistleblower after fleeing to the United States.

The Russian authorities said that Rodchenkov had himself distributed drugs to athletes and manipulated test results, an argument which would help refute suggestions that the Russian state was involved in organised doping. McLaren said he thought Rodchenkov would not want to risk being expelled from the United States. "In the position he's in, I think that it would be extremely dangerous to lie," said McLaren.

In his two reports, McLaren shone a light on a system that implicated Russian state machinery, notably the Ministry of Sport and the FSB security service. He found that, between them, they organised and carried out the switching of test samples in the Winter Games at Sochi in 2014.

In recent weeks, the IOC has stripped 11 of the 33 medals Russia won in Sochi. The IOC executive is due to decide next week whether Russia will be allowed to participate at Pyeongchang in February.

On the question of Russian attacks on his report, McLaren said: "The more you continue to express those kinds of statements of denial, the more you build the case for a stronger set of sanctions against yourself."

Russian President Vladimir Putin suggested in October that the accusations were orchestrated by the United States to interfere with the Russian presidential election next year.

McLaren, whose reports were published in July and December 2016, said that "the work was done more than a year ago. There's just no credibility with that."