"My Aim Is To Nurture Olympic Medallists": Anju Bobby George

"I live and breath athletics and my aim is to nurture Olympic medallists," legendary Indian long jumper Anju Bobby George said on Thursday after she was adjudged the 'Woman of the Year' by World Athletics for grooming talent in the country and advocating gender equality. 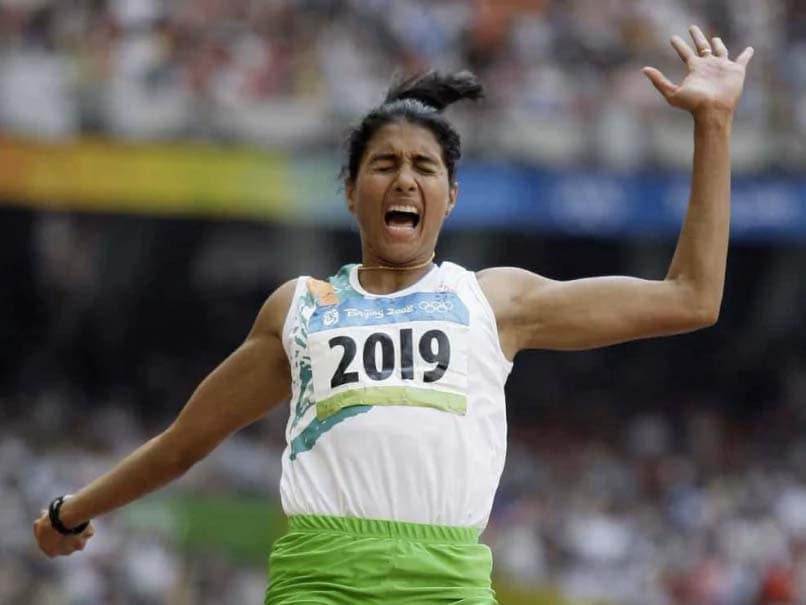 Anju Bobby George was adjudged the 'Woman of the Year' by World Athletics on Thursday.© AFP

"I live and breath athletics and my aim is to nurture Olympic medallists," legendary Indian long jumper Anju Bobby George said on Thursday after she was adjudged the 'Woman of the Year' by World Athletics for grooming talent in the country and advocating gender equality. The 44-year-old Anju, the only Indian to win a medal in the senior World Championships with a long jump bronze in the 2003 edition, was named for the award for "dedicating her life to athletics" during the world body's annual awards night held virtually on Wednesday.

She is the first Indian to be honoured by the sport's world body during its annual awards function and the second recipient of the award, which was started in 2019, after Ethiopia's double Olympic champion Derartu Tulu.

"It (athletics) is my passion. I live and breath athletics. It has given me name and fame including this award and it is my turn to give back to my country and to the sport," Anju told PTI in an interview from Bangalore.

"I won a medal in the World Championships but not in the Olympics. But Neeraj Chopra's gold in Tokyo has shown that Indians can win medals in Olympics. My aim and mission is to groom talent in the country and make them Olympic medallists," she said.

Anju, who is a senior vice-president of the Athletics Federation of India, an executive committee member of the Indian Olympic Association as its Athletes Commission member and also a part of the country's Mission Olympics Cell, said her sport has changed for the better since her competitive days.

"The world of sport is evolving and changing, not only sport but every walk of life. I can see a big difference in Indian athletics now as compared to my time, in the facilities provided by the government, in training and exposure trips, coaching and other support staff.

"There is awareness about sport among ordinary people. People have started taking sport as a way of life. Neeraj Chopra's historic Olympic gold was of course a booster but even before that athletics had started reaching the school level through programmes like Khelo India.

"Just like in other countries, athletics has started taking roots in schools and Indian athletics is moving in the right direction."

Asked about bringing gender equality in sports administration and in the field of play, she said, "In every walk of life, not only in sports, women are in many responsible positions now. Things have changed now.

"We have been making efforts for the girls to come out and take up athletics as a career option. It is happening across the country though it is slow in some pockets," said Anju giving credit to her husband and current SAI coach Robert for supporting her in her endeavours.

On whether she aspires to hold the top post in the AFI or become a council member of World Athletics in future, Anju said, "No, I don't have that ambition. I just want to groom talented athletes into Olympic medallist. That is my aim."