Marathon great Paula Radcliffe says she is relieved to have been vindicated after the IAAF and the UK Anti-Doping agency (UKAD) found her innocent of blood doping. 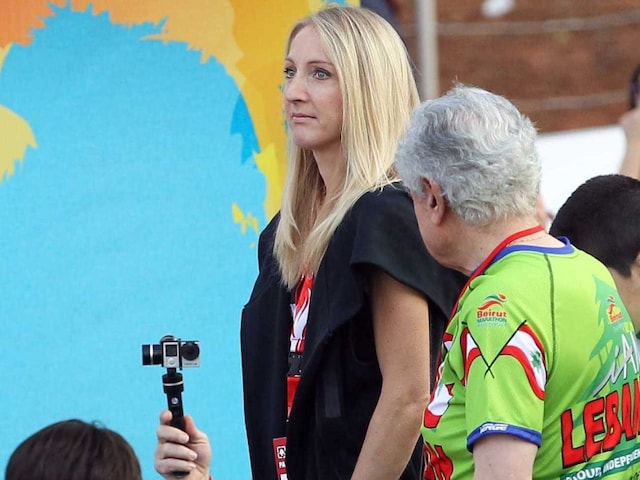 Paula Radcliffe said that her reputation had been damaged and she was being singled out by certain sections of the international media.© AFP
London:

Track and field's governing body issued a 38-page response to allegations by British and German media outlets that it had ignored and tolerated rampant blood doping in the sport. (Russia Provisionally Suspended by IAAF Over Doping Scandal)

"The IAAF is not complacent about doping in its sport," the federation said.

"It will continue to use every tool at its disposal to fight doping and protect clean athletes."

The statement comes a few days before IAAF president Sebastian Coe faces a British parliamentary hearing into the doping allegations made by The Sunday Times newspaper and German broadcaster ARD.

Already reeling from revelations of government-backed doping in Russia and criminal corruption charges against former president Lamine Diack, the IAAF said it had a duty to set the record straight on the blood doping issue.

"The IAAF cannot sit idly while public confidence in its willingness to protect the integrity of its sport is undermined by allegations of inaction/incompetence that are based on bad scientific and legal argument," it said.

The IAAF singled out the case of Radcliffe, saying the three-time London Marathon winner was publicly accused of doping "based on the gross misinterpretation of raw and incomplete data".

Elevated blood value readings in some of Radcliffe's tests had "clearly plausible" explanations that were "entirely innocent", the IAAF said.

The IAAF said it followed up by testing Radcliffe's urine and blood samples for EPO and blood transfusions, and all the results came back negative. It said it collected 14 blood samples from Radcliffe for screening purposes from 2001 to 2008.

"The circumstances in which Radcliffe came to be publicly accused are truly shocking," the IAAF said, adding that she was "hounded remorselessly" by the media until she felt compelled to publicly defend herself.

"Obviously there's been damage done to my reputation, and to the reputation of the sport, and that's why I took the stand I did against this," Radcliffe said Friday after the release of the IAAF statement.

"Yes, it was only me being singled out but there are a lot of other innocent, clean athletes who have or may produce an atypical value at some point.

"That's precisely why it has to be kept so confidential until an expert that's properly qualified looks at it and assesses it."

Britain's national anti-doping agency said it also reviewed Radcliffe's test results and agreed there was no case against her.

"The data does not provide any evidence that any anti-doping rule violation proceedings should be brought," the UK Anti-Doping Agency said.

Radcliffe, who retired from competition this year, was publicly implicated during a British Parliamentary hearing in August into the doping allegations levelled by the British and German media.

She acknowledged that her blood-testing data may have shown "fluctuations" but insisted there were no "abnormalities" and experts had concluded she had done nothing wrong.

Radcliffe set the world record when she ran two hours, 15 minutes, 25 seconds in winning the 2003 London Marathon. She also won the New York Marathon three times (2004, 2007 and 2008) and the Chicago Marathon in 2002. Radcliffe has competed in four Olympics but never won a medal.