The World Anti-Doping Agency (WADA) has accused Grigory Rodchenkov, head of Russia anti-doping laboratory,  of being at the heart of a scheme to cover up widespread use of illegal drugs among Russian athletes, including deliberately destroying positive test samples 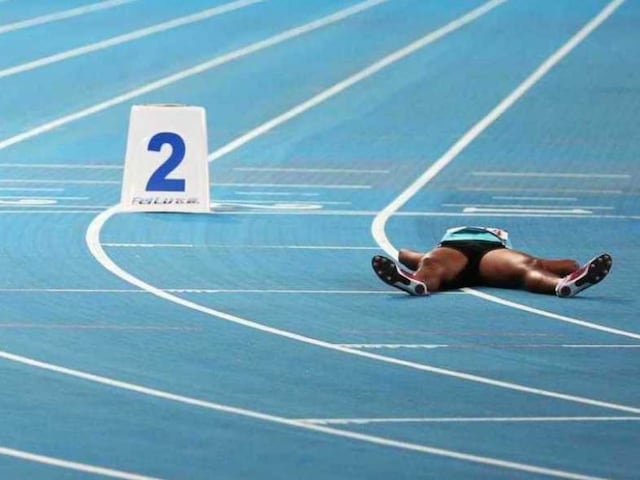 The head of Russia's anti-doping laboratory resigned late on Tuesday, hours after his laboratory was suspended over accusations it was part of state-sponsored doping programme that experts fear could snowball into an international crisis for the sport. (Commission Advises Russia Athletics Ban Over Drug Accusations)

The World Anti-Doping Agency (WADA) has accused Grigory Rodchenkov of being at the heart of a scheme to cover up widespread use of illegal drugs among Russian athletes, including deliberately destroying positive test samples.

WADA suspended Moscow's heavily criticised anti-doping laboratory on Tuesday, the day after releasing its explosive report accusing Russian athletics of corruption akin to that which plagued top-level sport in Communist East Germany in the 1970s and 80s.

"The acting director of the Moscow anti-doping laboratory Grigory Rodchenkov announced his resignation," an aide to Russian Sports Minister Vitaly Mutko was quoted as saying by Interfax news agency.

"The minister accepted his resignation and one of the specialists at the laboratory was appointed in his place, Maria Dikunets," Natalya Zhelanova said.

The crisis engulfing athletics, long viewed as the flagship of the Olympic Games, comes hot on the heels of a huge corruption scandal at world football's top body FIFA and as cycling is still reeling from the Lance Armstrong doping scandal.

It has also seen the former president of the athletics governing body IAAF, who on Tuesday resigned as the head of a charitable sporting foundation, charged with corruption.

With fears growing the Russian athletics scandal could widen to include other countries, the IAAF is now considering suspending Russia and calls are growing for it to be banned from next year's Olympic Games.

IAAF president Sebastian Coe has given the Russian athletics federation (ARAF) "until the end of the week" to respond or risk possible suspension, with the IAAF Council set to meet in Monaco on Friday.

Russia, which came fourth in the 2012 London Olympics medal table, has rejected the accusations as "groundless" and promised a rapid response to avoid suspension from next year's games.

The probe, led by former WADA chief and Canadian lawyer Dick Pound, said Rodchenkov was "at the heart of the positive drug test cover-up" and alleges "he not only accepted, but also requested money in order to execute the concealment (of) positive test results".

In December 2014, he personally ordered the destruction of 1,417 samples just before a WADA team was to audit his lab, according to the report.

It also called for five Russian athletes -- including 800m Olympic winner Mariya Savinova -- to be given lifetime bans, suggesting the presence of doped athletes had "sabotaged" the 2012 Games in London.

WADA has suspended the lab at the heart of the scheme, but the head of Russia's anti-doping agency Nikita Kamayev rejected the suspension as "utter nonsense".

Kamayev insisted his agency worked "in full compliance" with WADA guidelines and would send its response to the accusations by November 18.

"Some people are stuck in the epoch of James Bond," Kamayev told a press conference.

But in a sign of how the accusations have rattled the highest echelons of Russian sport, Mutko on Tuesday met the presidents of WADA and the IAAF, along with the heads of Russian organisations that had been singled out for criticism.

"I don't see insurmountable obstacles to dealing with the situation," Mutko said.

WADA said the athletics scandal is by no means confined to Russia, nor athletics.

"Russia is not the only country, nor athletics the only sport, facing the problem of orchestrated doping in sport," warned the report, which was triggered by German broadcaster ARD's documentary last December.

Pound added: "It seems pretty clear from both the ARD programme and subsequent developments that Kenya has a real problem."

ARD's documentary claimed that a third of the 146 world and Olympic medals awarded between 2001 and the 2012 London Olympics, featuring 18 Kenyans, were tainted by suspicions of doping.

The International Olympic Committee (IOC), however, said it did not believe there was any problem with drugs results from the 2014 Winter Olympics in Sochi, carried out at a WADA-accredited laboratory.

It nevertheless pledged to re-test samples "should substantial doubts arise".

Pound's report did not address allegations of IAAF officials receiving bribes to cover up positive tests for athletes, including potential medal winners from past Olympic games.

Former IAAF president Lamine Diack, whom the IOC provisionally suspended as an honorary member on Tuesday, was among three officials charged last week with corruption.

The same day, he also resigned as president of an IAAF-established charitable foundation.