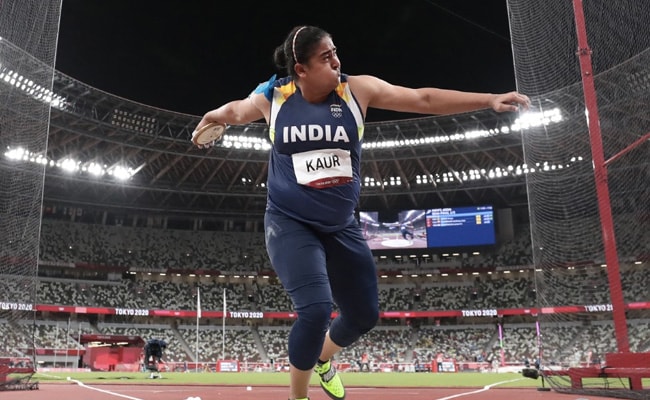 Top Indian discus thrower Kamalpreet Kaur has been provisionally suspended by the Athletics Integrity Unit after testing positive for a banned steroid. Kaur faces the prospect of being banned for a maximum period of four years if she is found guilty. "The AIU has provisionally suspended discus thrower Kamalpreet Kaur of India for the Presence/Use of a Prohibited Substance (Stanozolol), a breach of the @WorldAthletics Anti-Doping Rules," the governing body said in a tweet on Wednesday.

A provisional suspension is when an athlete or other person is suspended temporarily from participating in any competition or activity in athletics prior to a final decision at a hearing conducted under the World Athletics Anti doping rules or the integrity code of conduct.

The 26-year-old from Punjab has been issued a notice of allegation by AIU, an independent body set up by World Athletics. It is not known where and when she was tested but Kaur is in the registered testing pool of World Athletics.

Kaur's sudden improvement last year had raised a few eyebrows but she had earlier denied that she tested positive for any banned drug.

Kaur had finished sixth in the Tokyo Olympics last year. She had skipped the Federation Cup Senior Athletics Championships last month after aggravating her knee injury while winning gold at the Indian Grand Prix II in Thiruvananthapuram on March 23.

Kaur holds the national record of 65.06m which she had achieved last year.

Comments
Topics mentioned in this article
Other Sports Athletics
Get the latest updates on Fifa Worldcup 2022 and check out  Fifa World Cup Schedule, Stats and Live Cricket Score. Like us on Facebook or follow us on Twitter for more sports updates. You can also download the NDTV Cricket app for Android or iOS.