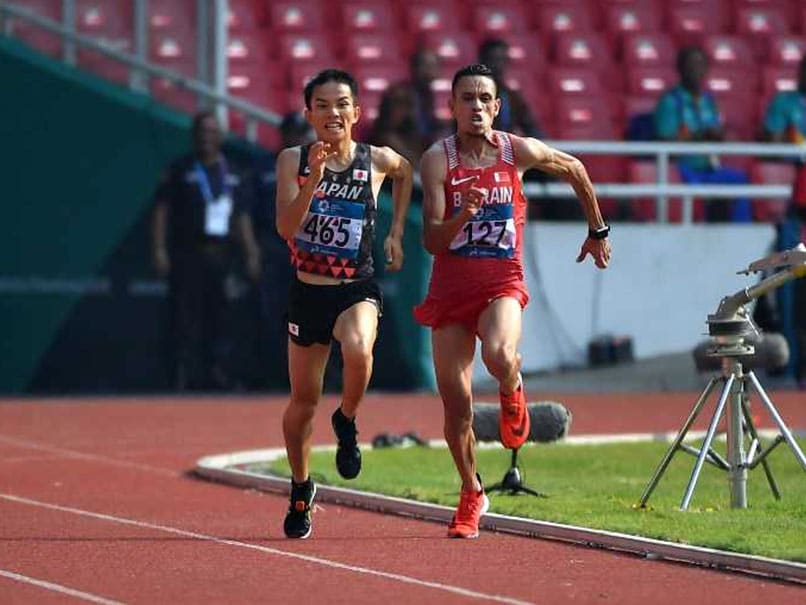 Japan's Hiroto Inoue was accused of pushing Bahraini runner Elhassan Elabbassi and denying him gold as controversy overshadowed the end of the Asian Games marathon on Saturday. Both athletes had complaints rejected by race officials after they made contact during a thrilling sprint finish, which Inoue won by a fraction of a second. At the end of the 42-kilometre (26 miles) race through Jakarta's streets, two runners entered the stadium in Jakarta neck and neck, before Inoue opened up a small lead. In the final 100 metres, Elabbassi attempted to overtake on the inside but fell back after apparent contact.

"The number one (leader) pushed me," said Elabbassi. "I would have won."

Speaking to reporters after the race, Inoue said he did not know what had happened, but had been "surprised" by the contact.

The Japanese team later reported Elabbassi for attempting to overtake on the inside when there was no gap.

Referee Vadim Nigmatov rejected both teams' complaints to leave Inoue with the gold medal. Each side has the right to appeal.

Elabbassi's coach Gregory Kilonzo said his athlete had been deliberately pushed by the Japanese athlete and "almost went down".

"The Japan guy, when he saw he was almost overtaken, he decided to push," said Kilonzo.

Both athletes were credited with a time of 2 hours, 17 minutes and 22 seconds, with pre-race favourite Inoue crossing the line marginally ahead.

Duo Bujie, a Chinese athlete from Tibet who took to marathon running after a childhood spent herding yaks, finished 26 seconds further back to take bronze.

The winning time was the slowest at an Asian Games since 1982 in New Delhi, as the runners struggled with Jakarta's baking heat and stifling humidity despite a 6.00am start time.

Tony Payne of Thailand, who placed eighth, said there was some confusion before the start of the race, as the first athletics event of the Games experienced some teething problems.

"They made us run for the start line because we were running a little bit late," said the New Zealand-born athlete.

"We were all walking down and they were like 'Run! Run for the start'... It was pretty hectic. They made us run an extra warm-up!"

The silver won by Morocco-born Elabbassi is Bahrain's first medal of the current Games.

Comments
Topics mentioned in this article
Asian Games 2018 Athletics
Get the latest updates on IPL 2021, check out the IPL 2021 Schedule and Indian Premier League Live Score . Like us on Facebook or follow us on Twitter for more sports updates. You can also download the NDTV Cricket app for Android or iOS.