Michael Bambang Hartono is set to represent host Indonesia on its bridge team at the world's second-biggest multi-sport event. 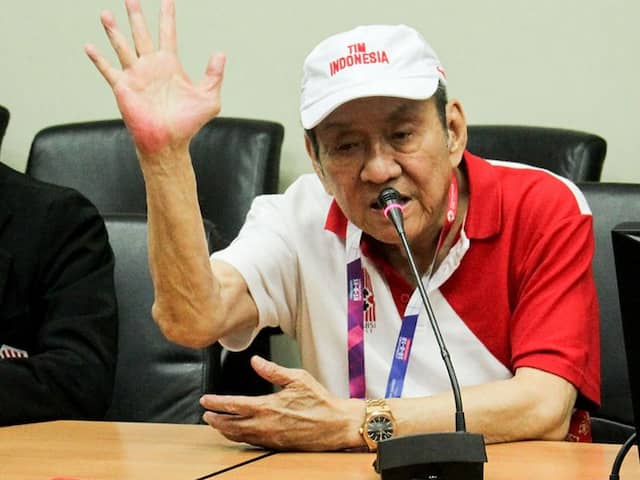 Michael Bambang Hartono announced his participation as a competitor for the Asian Games. (File picture)© AFP

Billionaire tobacco tycoon Michael Bambang Hartono may not be the oldest competitor at the Asian Games, but he is the richest. The 78-year-old head of cigarette giant Djarum Group is set to represent host Indonesia on its bridge team at the world's second-biggest multi-sport event, which kicks off Saturday in Jakarta and co-host city Palembang. Hartono was narrowly beaten in the age category by 81-year-old Malaysian bridge player Lee Hung Fong -- who is seven decades older than the youngest athlete, nine-year-old Indonesian skateboarder Aliqqa Novvery Kayyisa.

But unlike his octogenarian bridge rival, Hartono, along with brother Robert, has been named Indonesia's richest man by Forbes magazine which also ranked him the 75th wealthiest in the world.

Hartono is estimated to have a net worth of some $16.7 billion from his interests in tobacco, banking and communications.

Talk about business -- especially his tobacco fortune -- wasn't on the table when Hartono gave a rare media interview this week, however.

"I play bridge to keep my memory sharp. My other hobby is tai chi, which helps me stay focused," he told domestic news agency Antara.

Hartono -- who reportedly started playing bridge at age six -- was instrumental in convincing a sceptical Olympic Council of Asia to give the card game its first spot at the Asian Games.

"At first, the OCA declined to include bridge, as it appears to resemble gambling," he told Antara.

Hartono, who has competed several times in the World Bridge Championships, said he is shooting for gold at the Asian Games.

"If I managed to win gold, I would donate the government's cash prize to the athletes training program," he said.

Indonesia is hosting some 11,000 athletes and 5,000 officials from 45 Asian countries for the August 18 to September 2 Games.