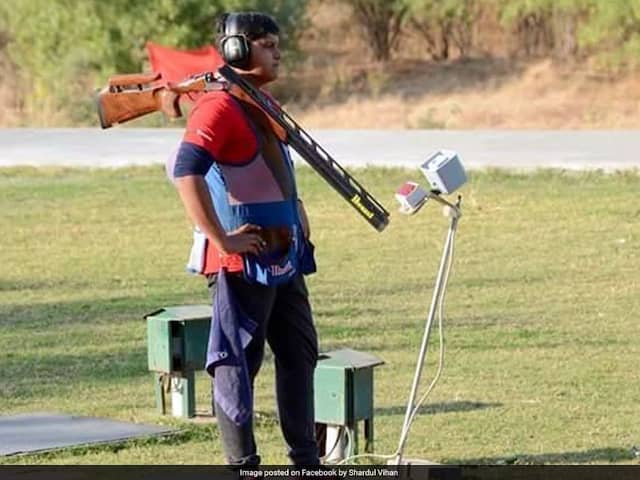 Teen shooter Shardul Vihan gave India its 17th medal as he won silver in men's double trap event at the 2018 Asian Games on Thursday. The 15-year-old shot a total of 73 to claim the second position on the podium at the JSC - Shooting Range. Korea's Hyunwoo Shin clinched gold with a total score of 74. Qatar's Hamad Ali Al-Marri bagged bronze medal. This is India's eighth medal in shooting and 17 overall at the Asian Games.

Vihan took to shooting seriously only four years ago, under the tutelage of Shamli-based coach Anwar Sultan, who witnessed his student's success in person.

"The moment he came to me I knew he would excel at whatever he does. Be it table tennis or badminton or any other sport. He has an amazing muscle memory. Now I will prepare him for the trap event," said Sultan, looking at the future as double trap is no more an Olympic sport.

He is a rare talent who works extremely hard on his game. His uncle Manoj Vihan, who was also here, revealed his punishing schedule. "He wakes up at five in the morning every day, goes to Karni Shooting Rane (in Delhi) from Meerut, and comes back only by nine in the night. Imagine a 15-year-old doing all this," Manoj told PTI.

Vihan comes from a business family who is into property and farming.He tried cricket and then badminton before settling at shooting. "I won a shooting medal in 2014 at a North Zone meet. That was it (when I knew what I would be doing for a long time)," said a supremely confident Vihan, who only began with a shotgun and fell in love with it.

He had a sensational 2017 when he amassed four national titles and the cherry on the cake was a medal at the ISSF Junior World Cup in Germany.