India won the gold medal in 1982, the year women's hockey was first included in the Asian Games programme. 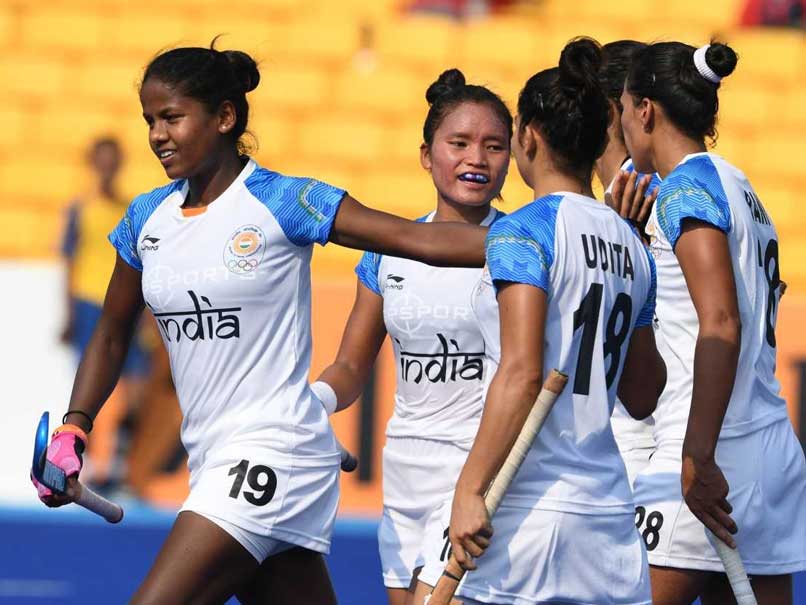 A buoyant India women's hockey team will be aiming to win the gold medal after a long wait of 36 years when they take on Japan in the final at the Asian Games on Friday. India won the gold medal in 1982, the year women's hockey was first included in the Asian Games programme. They reached the final for the second time in 1998 when they lost 1-2 to South Korea. They bagged bronze medals in 2006 and 2014. The impressive Indian team has remained undefeated throughout the tournament, registering huge victories against Indonesia (8-0), Kazakhstan (21-0), South Korea (4-1) and Thailand (5-0) in the pool stages and securing a hard-fought 1-0 win against a resilient Chinese team in the semi-final. India's form in the competition has been inspired by their resolute defending in all their five matches which has seen them concede only once in 300 minutes of hockey, which was through a penalty stroke against South Korea.

Deep Grace Ekka, Deepika, Gurjit Kaur, Sunita Lakra and youngster Reena Khokhar have all played a major role in defence. But chief coach Sjoerd Marijne believes that the credit for the strong defence goes to the team's collective performance. "We have been good in defence throughout the tournament and have been excellent with the tackling. The only goal we conceded was against a strong team like South Korea, and that gives me and the girls a huge confidence going into the final against Japan," Marijne said.

"We have defended well as a unit with everyone executing their duties and it gives us a solid foundation in all the matches," he added.

The World No. 9 India became the highest ranked Asian team in the world after their quarter-final finish at the recent FIH Women's World Cup 2018, and captain Rani Rampal is determined to become the champions of the Asian Games as well.

"The final against Japan will be exciting for sure but we are determined to give everything on the pitch to win the match. The team knows that they came here to only achieve one thing, and that is the qualification for the 2020 Tokyo Olympics. Therefore, we will make sure that we play like the best team in Asia and work hard to achieve our goal," Rani said.

The team's forward-line, led by the experience of Vandana Katariya and skipper Rani, has also been in prime form throughout the tournament, scoring a total of 39 goals. This includes 38 in four Pool B matches and one in the semi-final in the five matches that they have played.

The Indian team will expect their forwards Navneet Kaur, Navjot Kaur and Lalremsiami to deliver again as they look to win only their second gold medal at the Asian Games after having won one gold, one silver and three bronze medals in their nine previous appearances.

Friday's decider will also be India's second gold medal match at the Asian Games, with the team having lost their 1998 final match 1-2 to South Korea, and chief coach Sjoerd Marijne is wary of the threat that the Japanese team poses but believes that his team is oozing confidence ahead of the summit clash.

"We have played Japan in the past and we know that they are a strong side. They have played well in this tournament and deserve to be in the final," he said.

"But I believe we have the quality and confidence to beat any team in the world. Therefore, it is important that we stick to our game-plan and concentrate on producing the kind of performance which is worthy of being the Champions," he added.

Comments
Topics mentioned in this article
Asian Games 2018 India Women Hockey
Get the latest updates on Olympics 2020, Olympics 2020 Medal Tally, Live Cricket Score . Like us on Facebook or follow us on Twitter for more sports updates. You can also download the NDTV Cricket app for Android or iOS.