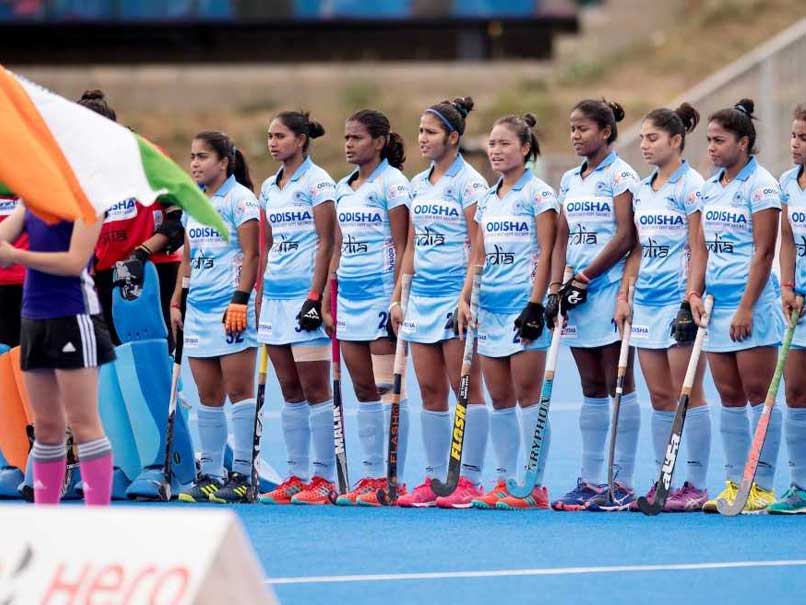 Valiant India went down fighting and won the silver medal as they lost 1-2 to Japan in the women's hockey semi-final of the 2018 Asian Games. Kawamura Motomi scored the decisive and eventual winning goal in the 43rd minute as Japan clinched the gold medal. India kept pushing for an equaliser in the fourth quarter and even came close in the closing stages but failed to score. Neha Goyal's 25th-minute strike had cancelled out Minami Shimizu early goal as the Indian women's hockey team were locked to a 1-1 draw at halftime. Japan kept the pressure on India and reaped the benefits after a deflected and well-taken penalty corner strike gave the former the lead. The Japanese side played an attacking game especially in the first quarter. The second quarter saw India up their ante and their offensive play orchestrated by Navneet in the 25th minute helped Neha equalise for India. A confident India women's hockey team will be vying to win the gold medal after a long wait of 36 years. India won the gold medal in 1982, the year women's hockey was first included in the Asian Games programme. They reached the final for the second time in 1998 when they lost 1-2 to South Korea. They bagged bronze medals in 2006 and 2014 The impressive Indian team has remained undefeated throughout the tournament, registering huge victories against Indonesia (8-0), Kazakhstan (21-0), South Korea (4-1) and Thailand (5-0) in the pool stages and securing a hard-fought 1-0 win against a resilient Chinese team in the semi-final. India's form in the competition has been inspired by their resolute defending in all their five matches which has seen them concede only once in 300 minutes of hockey, which was through a penalty stroke against South Korea. (MEDAL TALLY)

19:58 IST:Thank you for staying for the live match commentary.

FT| The Indian Women's Hockey Team were put to the test by a challenging Japanese side as they claim the Silver medal at the @asiangames2018 after a valiant effort by the Eves goes unrewarded on 31st August.#IndiaKaGame #AsianGames2018 #INDvJPN pic.twitter.com/lxEMBNLauV

19:47 IST:Time is running out for India and it seems they will have to settle for silver here.

19:43 IST:Japan keeping possession, taking the ball to the flanks and wasting time. We are down now to the final five minutes.India 1-2 Japan after 55 minutes

19:38 IST:Final ten minutes to go for India to get something out of this match.

19:36 IST: Japan in the counter attack but India have numbers behind.

19:33 IST:Japan are down to ten at the start of the final quarter. 15 minutes is all India have to do something. it is now or never for them.

19:28 IST: GOAL! PENALTY CORNER for Japan and they score. The captain Kawamura Motomi scores. Another variation worked well for the Japanese. India 1-2 Japan after 43 minutes

19:27 IST:Japan are playing long balls to their benefit. No real attacking threat from either side. 2 minutes to the end of the third quarter.

19:23 IST: SAVED!Vandana's shot saved. Well-worked move by the Indian team as we approach the end of third quarter.

19:20 IST:Final ten minutes of the third quarter to go. India on the counter attack. Timely tackle by the Japanese defender.

19:15 IST:Japan look threatening at the moment. Deepika makes a crucial tackle. The Japanese are doing a high press here. India 1-1 Japan after 32 minutes

HT| The Indian Eves fall behind and equalize in stunning fashion in the first half of their clash against Japan in the Final of the @asiangames2018 as the team shows their intent to win this challenging clash on 31st August.#IndiaKaGame #AsianGames2018 #INDvJPN pic.twitter.com/DEnkj4QVhX

19:04 IST: Much better second quarter display by India. They are brimming with confidence at the moment.

18:58 IST: GOAL! Super ball by Navneet and 21-year-old Neha Goyal scores. The Indians back in the match. India on the counter as we approach the halftime. India 1-1 Japan after 25 minutes

18:55 IST:India are failing to stitch passes. They need to hold the ball more and rethink their strategy. They need to open the Japanese defence a bit more.

18:52 IST:The Indian team have started the second quarter well, as they take any opportunity they can to break forward with pace. Japan have kept their cool so far.

18:50 IST:Monika trying to keep India's pace up front. Japan defending deeply. The Indian team is trying to penetrate the Japanese defence early on but they are standing tall.

18:46 IST: India trying to push their team forward.Monika does well out there but the Japanese defender was there to intercept and block her shot as we head to the end of the first quarter.

18:42 IST: GOAL! 10:35 minutes Japan's Minami Shimizu scores after a deflected shot. Well worked variation by the Japanese.Japan are the first to score in this encounter as the ball deflects off Savita's outstretched arm and finds the top of the net.India 0-1 Japan

18:41 IST:Navneet with the pushoff but the eventual shot doesn't trouble the Japanese keeper.

18:38 IST:India expected a foul on there but the referee saw no wrongdoing. India trying to maintain their composure. Japan, however, look like the team wanting to score first. India 0-0 Japan

18:32 IST:Savita saves. India on the counter led by skipper Rani Rampal but the Japanese defence blocks her charge.

18:32 IST:First attack by Japan and they looked menacing there. Danger averted.

18:26 IST:The players are out on the field and we are set for a mouth-watering clash.

Here is the Starting XI of the Indian Eves who will play their big Final match at the 18th @asiangames2018 against Japan at 6:30 PM (IST) on 31st August 2018. Watch the action LIVE on @SPNSportsIndia and @SonyLIV. #IndiaKaGame #AsianGames2018 #INDvJPN pic.twitter.com/a0T3aganT7

18:05 IST:Here's the head-to-head performance record of the Indian women's hockey team against Japan in the Asian Games till now.

Here's the head-to-head performance record of the Indian Women's Hockey Team versus Japan in the Asian Games till now. Will the Indian Eves repeat their performance of their last fixture in 2014?#IndiaKaGame #AsianGames2018 pic.twitter.com/fhKjQdhiK8

.@imranirampal, Captain of the Indian Eves is ready for a competitive encounter when the team faces Japan in the Final of the @asiangames2018 on 31st August and wants to win the match at any cost to claim the Gold medal for her country.#IndiaKaGame #AsianGames2018 pic.twitter.com/RLME0ZYLr2

17:45 IST: Hello and welcome to the live match updates of the gold medal match between India and Japan.

Deep Grace Ekka, Deepika, Gurjit Kaur, Sunita Lakra and youngster Reena Khokhar have all played a major role in defence. But chief coach Sjoerd Marijne believes that the credit for the strong defence goes to the team's collective performance.

The World No. 9 India became the highest ranked Asian team in the world after their quarter-final finish at the recent FIH Women's World Cup 2018, and captain Rani Rampal is determined to become the champions of the Asian Games as well.

The team's forward-line, led by the experience of Vandana Katariya and skipper Rani, has also been in prime form throughout the tournament, scoring a total of 39 goals. This includes 38 in four Pool B matches and one in the semi-final in the five matches that they have played.

The Indian team will expect their forwards Navneet Kaur, Navjot Kaur and Lalremsiami to deliver again as they look to win only their second gold medal at the Asian Games after having won one gold, one silver and three bronze medals in their nine previous appearances.

Friday's decider will also be India's second gold medal match at the Asian Games, with the team having lost their 1998 final match 1-2 to South Korea, and chief coach Sjoerd Marijne is wary of the threat that the Japanese team poses but believes that his team is oozing confidence ahead of the summit clash.

"We have played Japan in the past and we know that they are a strong side. They have played well in this tournament and deserve to be in the final," he said.

"But I believe we have the quality and confidence to beat any team in the world. Therefore, it is important that we stick to our game-plan and concentrate on producing the kind of performance which is worthy of being the Champions," he added.

Comments
Topics mentioned in this article
India Women Hockey Live Blogs Asian Games 2018
Get the latest updates on Olympics 2020, Olympics 2020 Medal Tally, Live Cricket Score . Like us on Facebook or follow us on Twitter for more sports updates. You can also download the NDTV Cricket app for Android or iOS.