Archery has been part of the Commonwealth Games only twice in the past -- 1982 edition in Brisbane and 2010 Delhi Games. 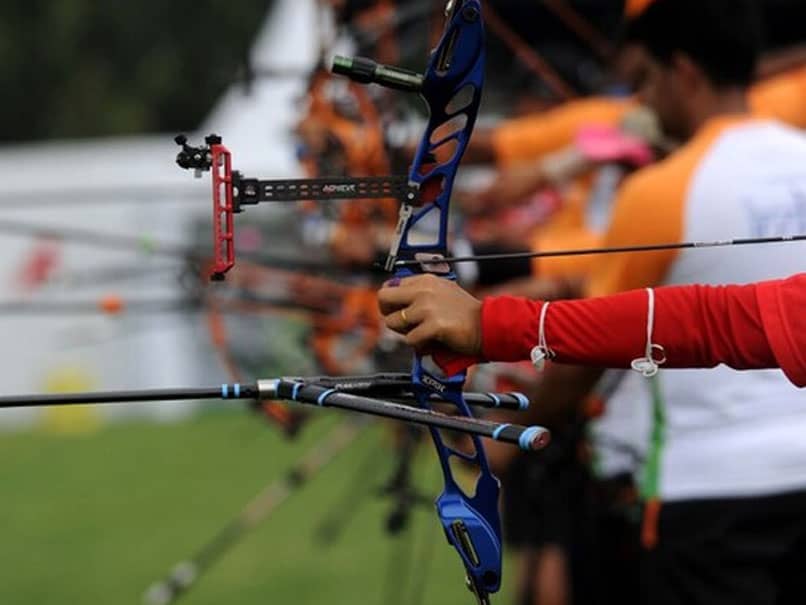 Archery is an optional sport in Commonwealth Games.© AFP

The Indian Olympic Association (IOA) on Monday received full support from World Archery on its proposal to host a Commonwealth championships for the sport, which is not in Birmingham CWG roster, in March 2022. IOA chief Narinder Batra had written to the Commonwealth Games Federation (CGF) on January 3, proposing to host Commonwealth Championships in shooting and archery, which he had described as "two adjunct complementary events to the 2022 Commonwealth Games".

World Archery's secretary general Tom Dielen, in a letter to Batra on Monday, backed the IOA's proposal to host a Commonwealth Championships and said it will provide all the necessary help in hosting such a tournament.

"We have well received a copy of your proposal to the CGF and we are pleased that India included archery in this proposal. World Archery is giving full support to this proposal to have an archery competition in India as part of Commonwealth Games friendship programme," Dielen wrote in the letter.

"We will work with the Indian government, IOA and you to finalise the details and the exact programme but would suggest adding the mixed team events which will also feature in Tokyo 2020," he added.

In the case of the proposed shooting championships, the IOA sent its proposal on CGF's recommendation after the Indian Olympic body threatened to pull out of the 2022 Birmingham Games for dropping the 'optional' sport from its roster.

Shooting's international federation has also given full support to India for hosting the championships.

In a surprise move, the IOA also decided to send a proposal to host a Commonwealth Championships in archery, along with that of shooting, after getting approval from its General Body during its annual meeting on December 30.

Though both are optional sports in Commonwealth Games, shooting, barring Edinburgh 1970, has featured in every edition since the 1966 Kingston Games.

But archery has been part of the CWG only twice in the past -- 1982 edition in Brisbane and 2010 Delhi Games.

In his letter to CGF chief Louise Martin, Batra had stated that the medals won in these shooting and archery championships should be added to the country's final tally of the 2022 Commonwealth Games.

The Sports Ministry has already given approval to host both the shooting and archery championships.

While the National Rifle Association of India (NRAI) has committed to bear the expenses of the shooting event, the ministry is expected to foot the bill for the archery championships.

World Archery also said that it will recognise the proposed championships for the purpose of world records as well as for world rankings.

"We will promote the event among our member associations and provide the necessary technical assistance," it said.

There is currently no national archery association recognised by the world body and the sport is being run by a transitory committee. But as per the order of the Delhi High Court, elections are to be held on January 18.

"...we are currently facing some issues with the Indian Archery Association but these should be resolved during the coming months and we will work with the newly elected president to make this event (proposed championships) a success," the World Archery secretary general wrote.

"In the meantime, we will continue the dialogue with the CGF to include archery in the programme of Commonwealth Games."

Comments
Topics mentioned in this article
Archery Other Sports
Get the latest updates on India vs Australia Series, check out the India vs Australia Schedule for 2020-21 and Ind vs Aus live score . Like us on Facebook or follow us on Twitter for more sports updates. You can also download the NDTV Cricket app for Android or iOS.