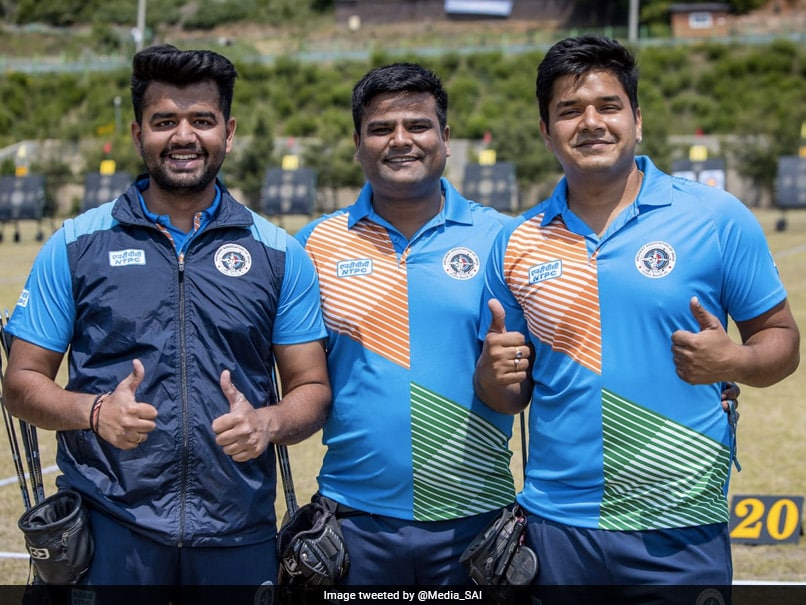 The Indian men's compound archery team on Saturday came from behind to prevail over France by two points in an intense finish to win the gold medal in successive World Cup stages. In a repeat of the Stage 1 final, the fourth-seeded men's team, comprising Abhishek Verma, Aman Saini and Rajat Chauhan, found itself trailing against its sixth-seed rivals in the first two ends.

But riding on an immaculate finish in the third end the trio sealed a 232-230 win over its French counterparts Adrien Gontier, Jean Philippe Boulch and Qentin Baraer to win the World Cup Stage 2 gold.

In the last World Cup final at Antalya in April, the same Indian trio had defeated France by one-point.

Star Indian compound archer Verma went on to win a second medal when he along with Avneet Kaur pipped higher-seeded Turkey's Amircan Haney and Ayse Bera Suzer 156-155 to win the bronze in the mixed team event.

For Kaur, this was her second bronze having won a team bronze in the women's event earlier.

Starting off with 39-all, the sixth-seeded Indian duo trailed by two points in the second end (77-79) with its fourth-seeded rivals shooting four 10s including three Xs (closer to the centre).

Verma and Kaur narrowed the deficit to one point in the third end shooting 39/40 and finished off in style with a perfect fourth end -- four 10s including one X.

Comments
Topics mentioned in this article
Archery
Get the latest updates on IPL Auction 2023 and check out  IPL 2023 and Live Cricket Score. Like us on Facebook or follow us on Twitter for more sports updates. You can also download the NDTV Cricket app for Android or iOS.