Deepika Kumari is set to become the world no.1 archer after winning a treble of gold medals at the Archery World Cup stage 3 in Paris. 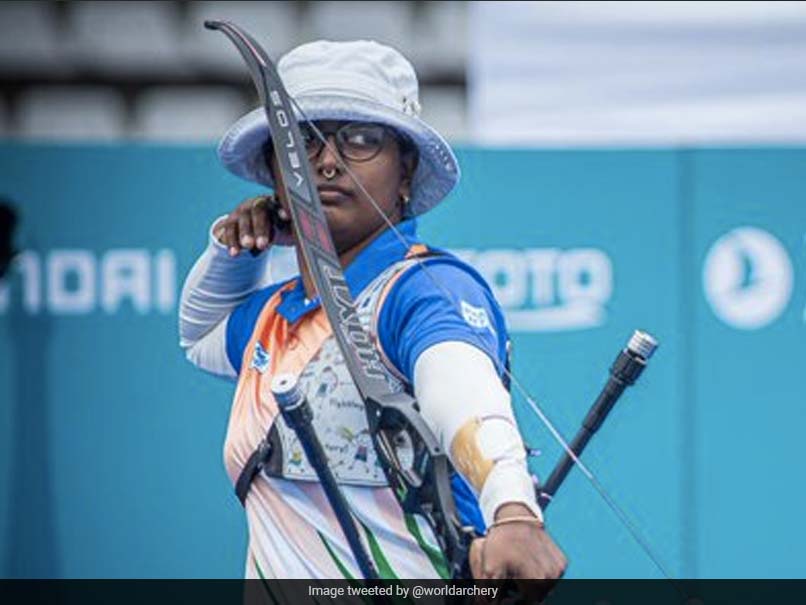 Deepika Kumari put on a stunning display in the Archery World Cup on Sunday.© Twitter

After securing a hat-trick of gold medals at the Archery World Cup stage 3 in Paris, India's Deepika Kumari is set to become the top-ranked archer among women when the new rankings are announced on Monday. Deepika Kumari won gold medals in the recurve women's team, recurve mixed team and women's individual recurve events on Sunday to cap off an impressive performance. "This is going to take Deepika to the number one spot in the world rankings on Monday," the official Twitter account of World Archery wrote after Deepika completed her treble.

This is going to take Deepika to the number one spot in the world rankings on Monday!

Deepika beat Russia's Elena Osipova in straight sets to capture a third title alongside the women's and mixed team titles she won earlier in the day.

"I'm happy, but at the same time I have to continue my performance like this," Kumari was quoted as saying by World Archery's official website. "I want to improve that, because the upcoming tournament (Tokyo Olympics) is very, very important to us. I'm trying my best to continue learning whatever I can."

She said that she is looking forward to winning medals in the Tokyo Games.

Deepika Kumari will be the sole woman representing India in Archery in the Tokyo Olympics.

Comments
Topics mentioned in this article
Deepika Kumari Archery
Get the latest updates on Fifa Worldcup 2022 and check out  Fifa World Cup Schedule, Stats and Live Cricket Score. Like us on Facebook or follow us on Twitter for more sports updates. You can also download the NDTV Cricket app for Android or iOS.