A day after Deepika Kumari and Co. cruised into the final of recurve women's team event, the compound mixed pair of Abhishek Verma and Jyothi Surekha Vennam followed suit. 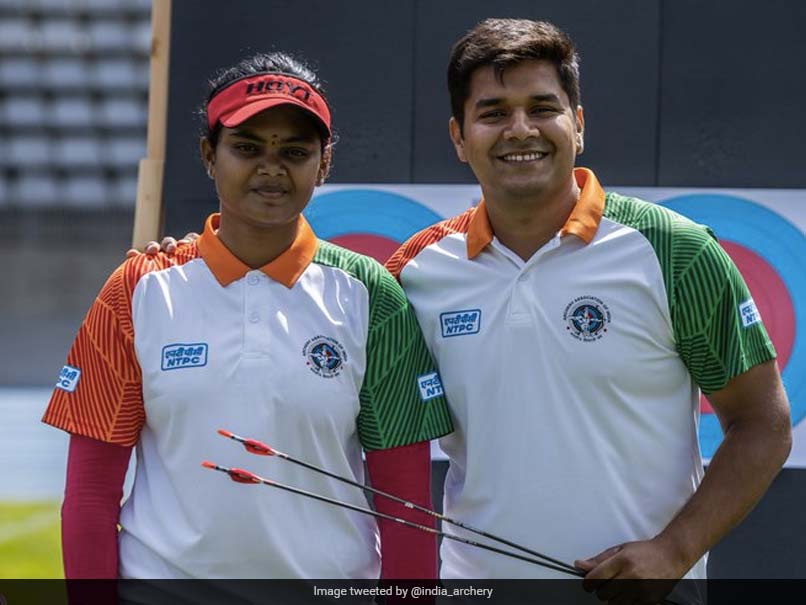 Indian archers assured themselves of a second medal in the World Cup Stage 3 with ace duo of Abhishek Verma and Jyothi Surekha Vennam sailing into the compound mixed team final in Paris on Friday. A day after Deepika Kumari and Co. cruised into the final of recurve women's team event to confirm their first medal of the meet, the compound mixed pair of Verma and Jyothi followed suit, defeating Estonia's Robin Jaatma and Lisell Jaatma 156-151 in a lopsided semi-final.

The Indian duo will face fifth seed France in the compound mixed team final on Saturday.

Making a comeback after more than seven months, world number 3 Jyothi, who was sidelined in the Asian Games trial, is also in the hunt for an individual medal, having advanced into the semi-final.

A day after Lisell gave Jyothi a tough fight in the individual quarterfinal, the Estonian along with her teammate Robin failed to create much pressure and slipped behind after the Indian pair had a perfect first round.

Maintaining their consistency, Verma and Jyothi extended their lead to five points in the third round that proved decisive, even as their rivals levelled it 38-38 in the final set of arrows.

Having got a bye into the pre-quarters, third seeded India began their mixed team campaign eliminating Puerto Rico by a handsome eight-point margin (158-150).

In the quarters, the Indian duo faced their stiffest challenge from El Salvador's Roberto Hernandez and Sofia Paiz who stretched it to shoot-off.

But Verma and Jyothi kept their calm to oust their 11th seed opponents, drilling in an X which made the difference in the shoot-off after their final scoreline read an identical 155-155 (19-19).

The Indian duo was inconsistent and squandered a 4-2 lead from being 0-2 down as the Kazakh bounced back to force a shootoff.

In the shootoff, Rai and Ankita managed two 9s as the Kazakh pair sealed it with two perfect 10s.

Ankita made the cut at the expense of world number 3 Deepika Kumari, who slipped in the qualification round.

Comments
Topics mentioned in this article
Archery
Get the latest updates on ICC T20 Worldcup 2022 and CWG 2022 check out the Schedule, Live Score and Medals Tally. Like us on Facebook or follow us on Twitter for more sports updates. You can also download the NDTV Cricket app for Android or iOS.