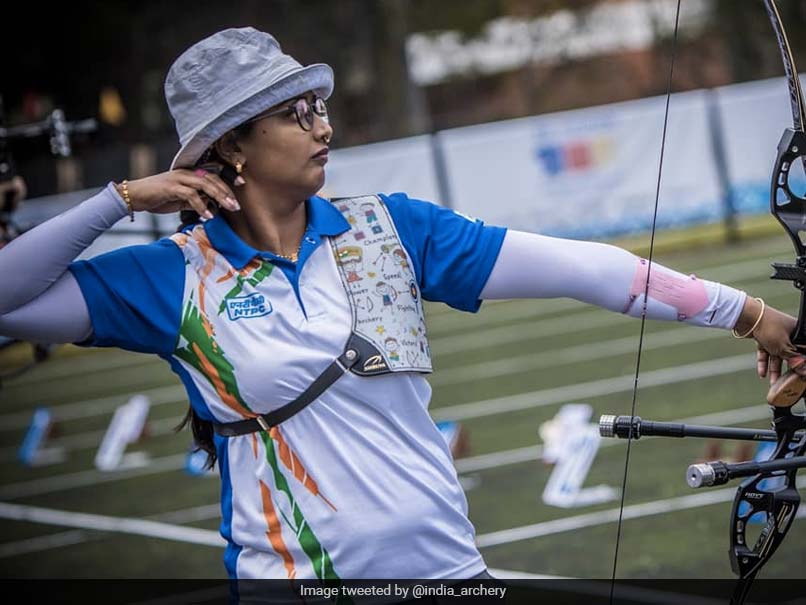 The Indian recurve women's team of Deepika Kumari, Ankita Bhakat and Komalika Bari stormed into the final and ensured its first medal in the Archery World Cup Stage 1, on Friday. The top-seeded Indian trio defeated its Spanish rivals in straight sets 6-0 with some consistent shooting to set up a gold medal clash with second seed Mexico on Sunday. Deepika, Ankita and Komalika shot 55, 56 and 55 to prevail over Elia Canales, Ines De Velasco and Leyre Fernandez Infante in straight sets.

In the quarterfinals, they eliminated hosts Guatemala City by an identical 6-0 margin earlier in the day at the Sports Complex Los Arcos.

The men's team, which qualified as third seed, on the other hand lost out in the quarterfinals to their Spanish rivals 26-27 in a shoot-off after both teams were tied 4-4.

India are also in the medal hunt in three more events with newly-wed Atanu and Deepika advancing into the mixed pair bronze playoff.

The two archers also made the individual recurve semifinals in their respective sections.

Comments
Topics mentioned in this article
Deepika Kumari Archery
Get the latest updates on ICC T20 Worldcup 2022 and CWG 2022 check out the Schedule, Live Score and Medals Tally. Like us on Facebook or follow us on Twitter for more sports updates. You can also download the NDTV Cricket app for Android or iOS.