Rafael Nadal may've been knocked out in the 1st round of Wimbledon, but men's tennis is still seeing what many are calling The Golden Era. The same cannot be said of today's women players. 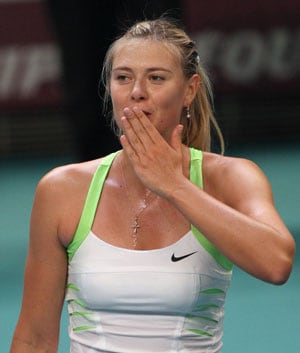 In 1973, Billie Jean King made history when she beat men's player Bobby Riggs in 'The Battle of the Sexes' at the Houston Astrodome. The match, that the former World Number 1 won in straights, has become the subject of a documentary. Bobby Riggs was 26 years older than King at that point. If you had to have a re-match of the Battle of the Sexes today, I cannot think of any name barring Serena Williams, who could feature in it.

King's achievement of course was massively symbolic. Founder of the Women's Tennis Association (WTA), she fought for equal pay for women players at Wimbledon last year. But looking simply from the point of view of the quality of women's tennis that's on offer these days, is it a fair thing to do? I ask that question, being a woman myself. Yes the women train equally hard, and equality is a great principle, (going by that logic shouldn't the ladies not play 5-setters too?) but the women's game is strangely stagnant today. Let me admit here that I watch women's tennis only during Grand Slams. I don't bother to keep track of other WTA events through the year that closely, because it's just not great to watch.

Blame it on having grown up watching Steffi Graf, Martina Navratilova, Monica Seles, Gabriela Sabatini, if you must. And blame it on broadcasters replaying those classics in the build- up to this year's Wimbledon. It makes you realize that there's just one way today's women know of playing tennis. Sending the ball across the net like a bullet. And that's not a particularly pretty sight. It's almost robotic, and hence not interesting to watch at all. No wonder then that the Number 1 world ranking also had become a bit of a joke till a couple of years back. Caroline Wozniacki, Jelena Jankovic and Dinara Safina all held that spot without having won a single Grand Slam.

There are a couple of ways of looking at it. The Williams sisters, Venus and Serena, in the 90s, raised the bar of the game. But they were so incredibly powerful, that the rest of the players realized the only way to beat them, was to play just like them. It was brilliant to watch early on. But now it's just a predictable muscle match, with a great deal of grunting and shrieking added to the mix. Moreover, there are no characters. Players on tour travel with entourages that are well knit. There isn't much interaction or socialization between players, it's believed.

And there's nothing at all that counts as a rivalry. Serena and Sharapova are no doubt the two biggest stars of the women's game today. But with a head-to-head that stands at 13-2 to the younger Williams sister, it's hardly a competition.

Of course there have been those 'this is amazing for women's tennis' moments. Justine Henin had a dreamy backhand when she played, Kim Clijsters made a fairytale comeback, Maria Sharapova completed a career Slam in 2012, and Serena Williams at 31 is the oldest World Number 1, well on her way to a 6th Wimbledon title.

Now does that sound convincing enough to you as a tennis fan? To me, it doesn't.

Comments
Topics mentioned in this article
Tennis Wimbledon 2013 Rafael Nadal Maria Sharapova
Get the latest updates on IPL 2021, IPL Points Table , IPL Schedule 2021 , live score . Like us on Facebook or follow us on Twitter for more sports updates. You can also download the NDTV Cricket app for Android or iOS.