AFP Sports looks back at the major events of 1936 which put Murray's achievement into perspective: 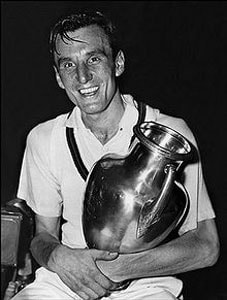 Until Andy Murray's win on Sunday, Fred Perry was the last British man to win Wimbledon in 1936.

AFP Sports looks back at the major events of 1936 which put Murray's achievement into perspective:

- In violation of the Treaty of Versailles, Nazi Germany reoccupied the Rhineland

Comments
Topics mentioned in this article
Wimbledon 2011 Wimbledon 2013 Tennis Novak Djokovic Andy Murray
Get the latest updates on IPL 2021, check out the IPL 2021 Schedule and Indian Premier League Live Score . Like us on Facebook or follow us on Twitter for more sports updates. You can also download the NDTV Cricket app for Android or iOS.