India added two more medals to their tally after winning the gold as well as the bronze medals in the 50m Rifle 3 Positions Mixed Team event. 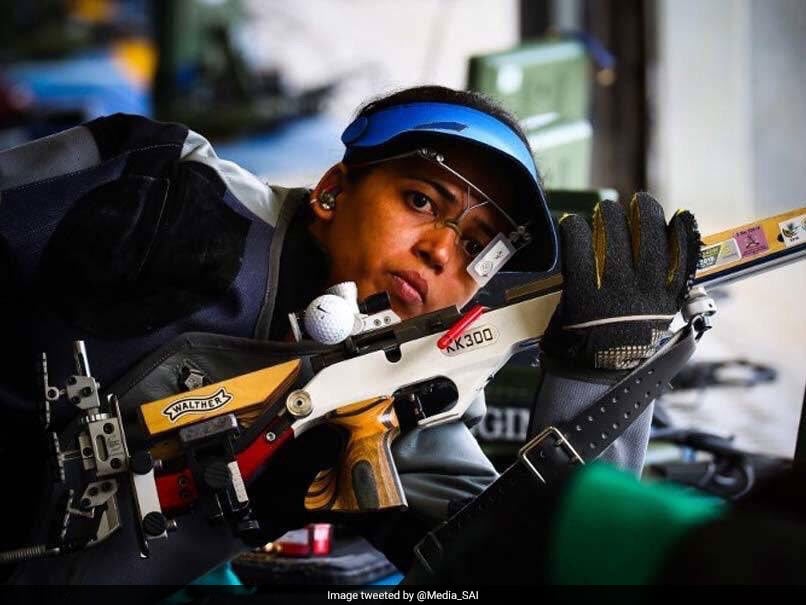 India dominated the 50m Rifle 3 Positions Mixed Team event at the ISSF World Cup in New Delhi on Friday with Tejaswini Sawant and Sanjeev Rajput taking the top prize while Sunidhi Chauhan and Aishwary Pratap Singh Tomar winning the bronze medal. The team of Tejaswini Sawant and Sanjeev Rajput won the gold medal after beating Ukraine's Anna Ilina and Serhiy Kulish in a closely-fought match. In the bronze medal match, Sunidhi and Aishwary were in fine form and completely outclassed their American opponents.

With the fine showing in the 50m Rifle 3 Positions Mixed Team event, India took their total medals tally to 23 with 11 gold medals, six silver and six bronze. USA is well behind India in second position with a total of 6 medals (3 gold, 2 silver and 1 bronze).

In the gold medal match, Tejaswini Sawant was in brilliant form and continuously got the better of Anna Ilina in the sitting positing to rake in the points.

Sanjeev Rajput, though, struggled as his opponent in the standing position, Serhiy Kulish, outscored him for majority of the match.

But when it all mattered and with the gold medal on the line, Rajput produced a 10.8 shot to win two crucial points as India won by the narrowest of margins (31-29).

In the bronze medal match, earlier, both Sunidhi Chauhan and Aishwary Pratap Singh Tomar brought their 'A' game to outgun their American opponents 31-15.

On Wednesday, Aishwary, 20, became the youngest in history to win a shooting World Cup gold in the 3 Positions event.

The youngster continued to impress on Friday, as he outscored USA's Virginia Thrasher in the standing position on majority of the occasions.

Sunidhi comparatively had a more difficult time against Timothy Sherry in the sitting position, but still did enough as India dominated the event from start to finish.