Abhinav Bindra Bids Goodbye to Shooting, Says 'It's Time to Move on' 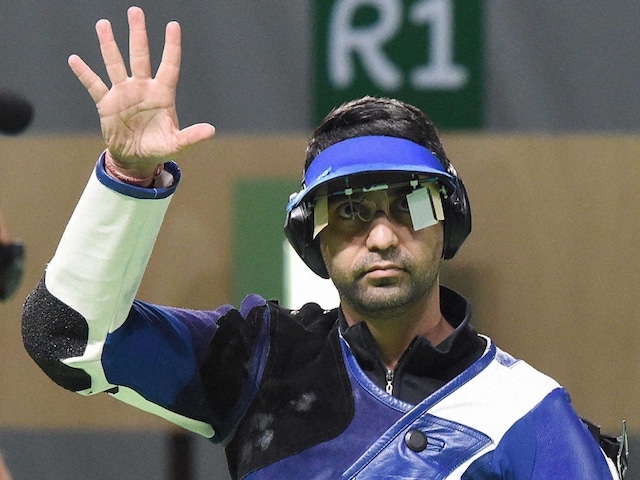 Abhinav Bindra, India's lone individual Olympic gold medallist, on Sunday officially announced his retirement from shooting, saying 'it is time to move on and hand over the baton to the younger generation.'

"It is an emotional day for me," he said.

A near second Olympic medal was missed by a whisker at the recently-concluded Rio Olympics 2016 and even if he felt gutted, Bindra was not ready to show it in front of his country's media.

"I came fourth in Rio and now retiring after playing for two decades. In Rio, I didn't won a medal and stood fourth but it gave me a great closure," he said.

The 2008 Beijing Olympics Gold Medallist also expressed gratitude to the National Rifle Association of India (NRAI), saying the organisation supported him and others shooters at every stage of their career.

"NRAI has supported the shooters. I want to thank NRAI. Under President Raninder Singh the sport has improved by leaps and bounds," he said.

"I have always believed in working hard. There is no substitute to hard work. I have given my all shooting and have got even more. Thank you once again everyone," he added.

President of NRAI, Raninder Singh while felicitating India's ace shooter, said that it was just a small gesture from the side.

"The devotion, the focus with which Abhinav Bindra trains, is an example for everyone," he said.

Having started his Olympic journey in Sydney back in 2000, the 33-year-old shooter qualified in three Olympic finals including his golden journey of Beijing in 2008 (Athens being the other one) in his pet 10m air rifle, while he missed out in Sydney and London.

Bindra was last month appointed as the chairman of a review committee formulated by the NRAI to "examine and identify in a cold and ruthless manner" the reason as to why shooting failed to secure any medal at the recently-concluded Rio Olympic Games.

Comments
Topics mentioned in this article
Abhinav Bindra Shooting
Get the latest Cricket news, check out the India cricket schedule, Cricket live score . Like us on Facebook or follow us on Twitter for more sports updates. You can also download the NDTV Cricket app for Android or iOS.