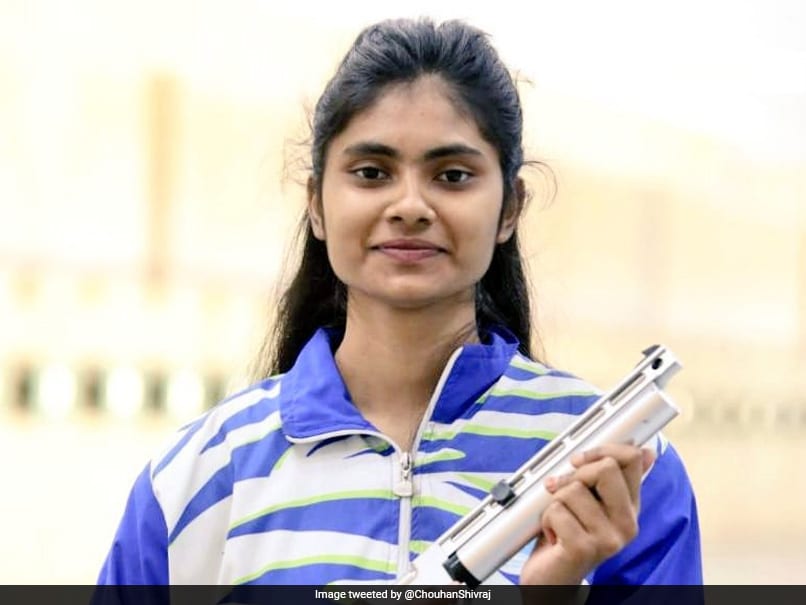 Rubina Francis had 128.1 points when she was eliminated in the seventh place.© Twitter

Indian shooter Rubina Francis finished seventh in the women's 10m air pistol SH1 final of the Tokyo Paralympic Games on Tuesday. Rubina had 128.1 points when she was eliminated in the seventh place at the Akasa Shooting Range. As the pistol is held with one hand only, athletes in SH1 pistol have an impairment affecting one arm and/or the legs, for example resulting from amputations or spinal cord injuries. Some shooters compete in a seated position, while others take aim in a standing position as defined in the rules.

Iran's Sareh Javanmardi won the gold medal with a world record score of 239.2.

Rubina held the previous world record with 238.1. It was always going to be an uphill task for Rubina after she shot a horror 6.6 in the first series.

Still she was placed fourth after the end of the 1st competition stage with 93.1 point, as the elimination rounds began.

She tried but could not regain the lost ground and was the second shooter to be eliminated in the eight-women final.

Earlier, she started off well in the qualifications to finish seventh with 560 points and make the final.

At the end of the first series, Rubina was in 13th place with 91 points but the Indian shooter moved into sixth place after a total of 187 at the end of the second series.

Rubina then moved to the third place with 282 points at the halfway stage of the qualifications. In the next two series, Rubina recorded scores of 93 and 93 respectively and slipped to the seventh spot.

The 22-year-old from Jabalpur in Madhya Pradesh had set the world record in the finals at the World Cup in Lima, Peru in June. She was born with an impairment to her leg.

In May, she had contracted COVID-19 while at the national training camp.

She was unable to train for more than a month, until days before the World Cup event in Lima, Peru, where she won gold in the women's SH1 10m air pistol and secured a quota place for Tokyo.

Javanmardi also topped the qualifying round with a score of 572, a new Paralympic Games record for qualifying.

Comments
Topics mentioned in this article
Shooting Olympics 2020 India
Get the latest updates on IND vs NZ 2021, check out the Schedule and Live Score . Like us on Facebook or follow us on Twitter for more sports updates. You can also download the NDTV Cricket app for Android or iOS.