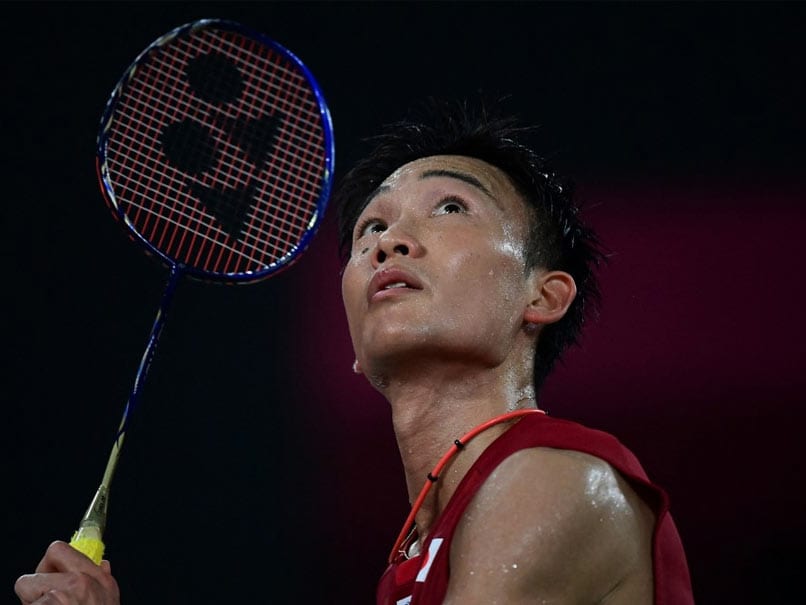 Japan's badminton world number one Kento Momota lost in the first round at the Tokyo Olympics on Wednesday, a day after Japanese tennis superstar Naomi Osaka also crashed out. Unseeded South Korean Heo Kwang-hee beat Momota 21-15, 21-19, ending the favourite's bid for the gold medal after just two games. Momota was appearing in his first Olympics, having been banned for gambling in an illegal casino just months before the 2016 Rio Games. He was almost forced to retire last year after a car crash that left him with career-threatening injuries.

But his bid for Olympic gold on home soil ended quickly, with Heo sinking his hopes in just 52 minutes.

Momota smiled incredulously as his shots failed to find their range early in the game, but looked ashen-faced when it became clear that he was in serious danger.

He sealed his own fate when he hit the net to end the match.

Comments
Topics mentioned in this article
Olympics 2020 Kento Momota Olympics
Get the latest updates on ICC T20 Worldcup 2022 and CWG 2022 check out the Schedule, Live Score and Medals Tally. Like us on Facebook or follow us on Twitter for more sports updates. You can also download the NDTV Cricket app for Android or iOS.