Ahead of his departure for Tokyo for the upcoming Olympics beginning July 23, paddler Sharath Kamal on Saturday said that this is the best table tennis contingent that India has ever sent to the Games. 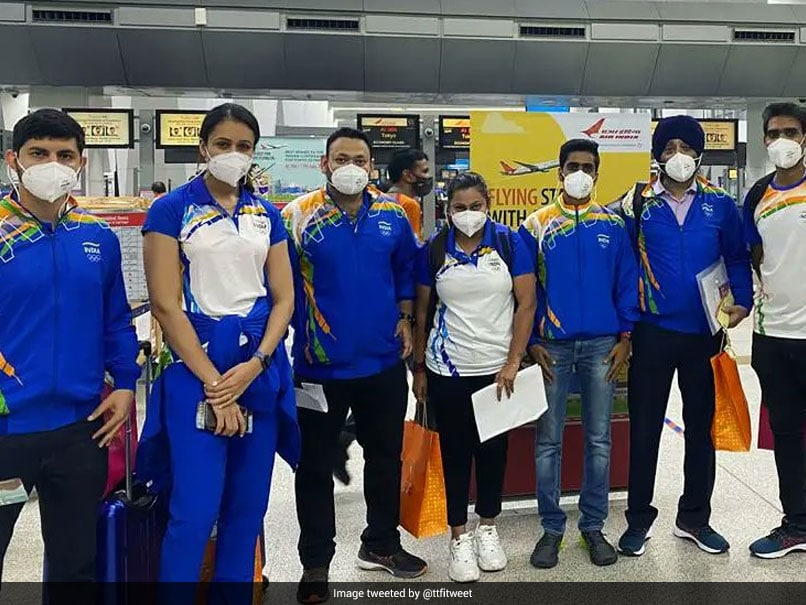 The Indian table tennis team left for Tokyo on July 17 to participate in the Olympics.© Twitter

Ahead of his departure for Tokyo for the upcoming Olympics beginning July 23, paddler Sharath Kamalon Saturday said that this is the best table tennis contingent that India has ever sent to the Games. The first batch of India's Olympic-bound athletes will depart for Tokyo on Saturday evening. The contingent would land in Japan on July 18. "After a wait of one year with a lot of uncertainties, here we are going into the Tokyo Olympics. Hopefully, this is India's best Olympic Games we've done so far. With regards to table tennis, it's the strongest team. Hopefully, we come back with some medals," Kamal told ANI.

"On that particular day, if we're able to match up to our opponents, we stand a fair chance. We had tough Olympic qualifications, we beat the World No.5 to qualify for the mixed double spot. If we can continue that, we could be there," he added.

Talking about his own form, Kamal said: "I've never been in such form going into any Olympic Games. This is the best Olympic. As far as results and performance are concerned, 32 in the world, my highest world rank with which I am going into Olympics. So I'm sure I'll pull off a few upsets."

A total of 127 athletes across 18 sports disciplines from India will be heading to Tokyo. This is the biggest-ever contingent India is sending to any Olympics. The 69 cumulative events across the 18 sport disciplines that India will participate in are also the highest ever for the country.

Comments
Topics mentioned in this article
Sharath Kamal Table Tennis Olympics 2020 India
Get the latest updates on ICC T20 Worldcup 2022 and CWG 2022 check out the Schedule, Live Score and Medals Tally. Like us on Facebook or follow us on Twitter for more sports updates. You can also download the NDTV Cricket app for Android or iOS.