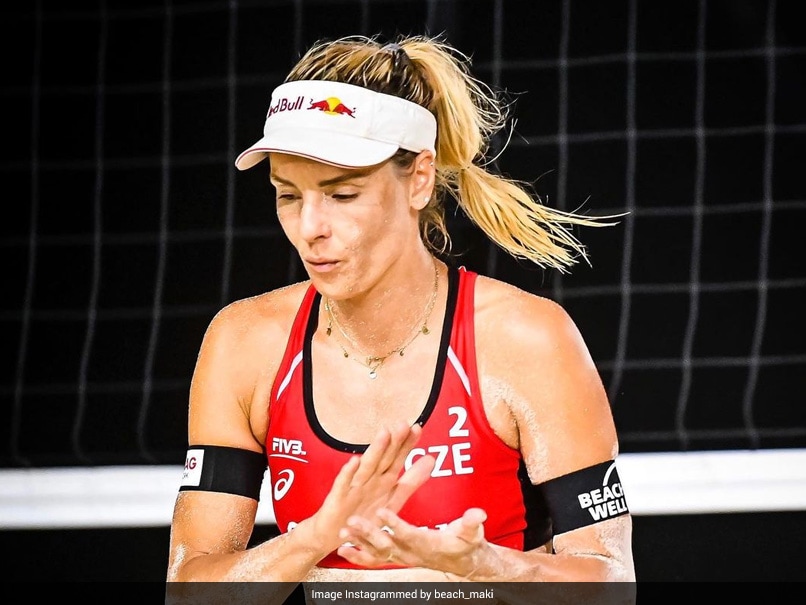 Czech beach volleyball player Marketa Nausch and Dutch taekwondo hope Reshmie Oogink were on Thursday forced out of the Olympic Games after testing positive for COVID-19, taking the total number of infected athletes in the city to 10. "Marketa Nausch has passed several tests, but after an unclear result, the last PCR test from this morning was positive," the Czech National Olympic Committee stated while announcing an inquiry into the regular COVID cases being reported int their contingent.

"Sad news for Reshmie Oogink. Due to a positive test, she unfortunately cannot participate in the Games," the NOC posted.

"The situation is serious, but we have done our utmost since the beginning of this problem to stop the spread. Unfortunately, we did not avoid sports tragedies, I am extremely sorry," said Martin Doktor, sports director of the Czech team.

The Czech Olympic committee launched an investigation into the spread of the disease on a charter flight to Tokyo.

The investigation will focus on whether safety measures against the spread of COVID-19 before, during and after the charter flight were observed and whether some individuals "neglected their duties during the trip".

American beach volleyball player Taylor Crabb too tested positive for COVID-19. Aguirre tested positive in an on-arrival test at the airport, while Jacobs' and Sirucek's results were revealed at the Games village.

Comments
Topics mentioned in this article
Olympics 2020 Olympics
Get the latest updates on IPL 2021, IPL Points Table , IPL Schedule 2021 , live score . Like us on Facebook or follow us on Twitter for more sports updates. You can also download the NDTV Cricket app for Android or iOS.