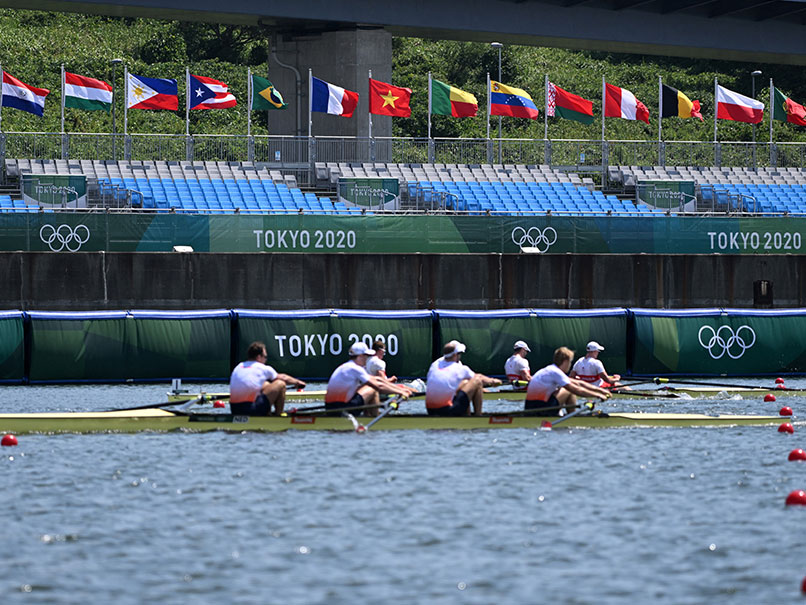 Olympic organisers to postpone rowing finals due to the danger of strong winds approaching Tokyo.© AFP

The tropical storm approaching Tokyo has forced Olympic organisers to postpone Tuesday's rowing finals because of the danger of strong winds. The storm, named Nepartak, is due to come over eastern Japan on Tuesday, bringing rain and gusty winds to the capital. "Based on the weather forecasts received from the Tokyo2020 Olympic Games weather services, adverse weather is expected on Tuesday 27 July 2021 which would bring high winds and strong gusts creating unequal and potentially unrowable racing conditions," Olympic organisers said in a statement.

The rowing finals due to have taken place on Tuesday, including the women's four and men's four events, will be moved to Wednesday.

That means a knock-on effect on other finals, which will now be moved from Thursday to Friday.

Organisers had already brought forward rowing heats as a "protective measure" on Saturday because of the storm.

Comments
Topics mentioned in this article
Rowing Olympics 2020
Get the latest updates on ICC Women's Cricket World Cup 2022 and IPL 2022, check out the Schedule , Live Score and IPL Points Table. Like us on Facebook or follow us on Twitter for more sports updates. You can also download the NDTV Cricket app for Android or iOS.