NBA star Luka Doncic delivered a triple-double against Lithuania 96-85 and this victory leads Slovenia into the upcoming Tokyo Olympics. 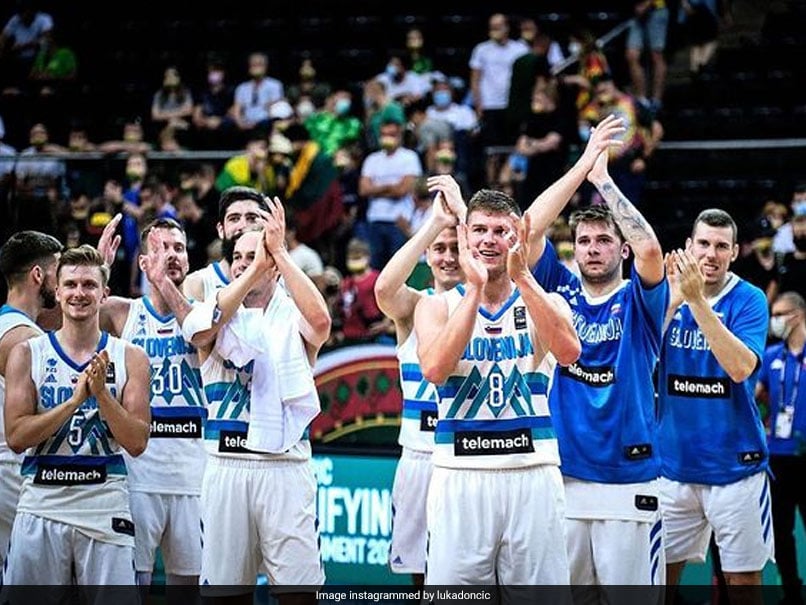 Luka Doncic leads Slovenia into Tokyo Olympics with his triple-double against Lithuania.© Instagram

NBAstar Luka Doncic delivered a triple-double to lead Slovenia over Lithuania 96-85 on Sunday and into their first Olympic basketball tournament. Slovenia punched their ticket to Tokyo with the victory in the FIBA Olympic qualifying tournament in Kaunas, Lithuania. Doncic, 22, scored 15 of his 31 points in the second quarter and added 11 rebounds and 13 assists to lead Slovenia. Lithuania, led by NBA stalwarts Domantas Sabonis and Jonas Valanciunas, twice clawed back from double-digit deficits.

But Slovenia took control for good with a 14-0 scoring run bridging the third and fourth quarters and the Lithuanians will miss out on the Games for the first time.

"We worked hard for this," said Dallas Mavericks star Doncic, who was named Most Valuable Player of the tournament.

"I don't care about the MVP," Doncic said. "We won here, we're going to the Olympics, the first time in our country.

"It's amazing," he added. "I think every kid in Slovenia dreams about being in the Olympics, I did, too."

The event in Kaunas was one of four men's basketball qualifiers concluding on Sunday.

In Split, Croatia, Germany cooled off red-hot Brazil to book their first Olympic berth since 2008.

Brazil went into the final on a roll, beating their first three opponents by 26, 27 and 28 points.

But it was Germany punching their ticket to Tokyo with a 75-64 victory.

On Sunday evening, the Czech Republic dominated Greece 97-72 in Victoria, Canada, for the final spot in the 12-nation Olympic men's basketball tournament.

Japan are included in that field as hosts, while seven other teams -- including 2016 Olympic gold medallists the United States -- were qualified via the 2019 World Cup.