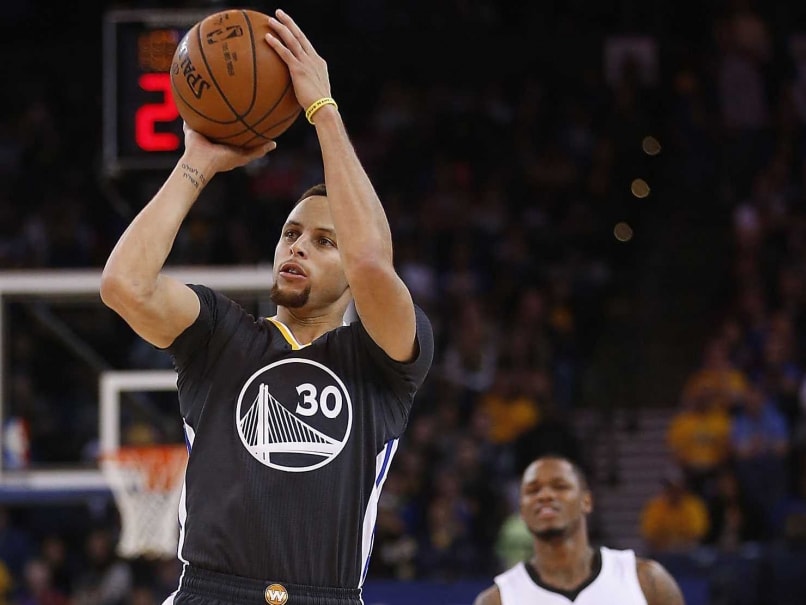 Stephen Curry scored 17 of his 19 points in the first quarter and Draymond Green had his second straight triple-double as the Golden State Warriors extended their NBA record to 18 straight wins at the start of a season Saturday with a 120-101 victory over the Sacramento Kings.

Leading by 10 points at half-time, the defending champion Warriors opened the third quarter with a 27-8 run that included four 3-pointers by Brandon Rush to build the lead to 29 points. The Kings never got close the rest of the game.

Green had 13 points, 11 rebounds and 12 assists, becoming the first Warriors player with back-to-back triple-doubles since Wilt Chamberlain in 1964. A night earlier, he had 14 points, 10 rebounds and 10 assists in a 135-116 win at Phoenix.

Rush had 16 points and Klay Thompson added 15 for the Warriors.

The Warriors' 22nd straight regular-season victory - a streak that includes four wins at the end of last season - tied the 2007-08 Houston Rockets for the third-longest such streak in NBA history, trailing only the 33 straight by the 1971-72 Los Angeles Lakers and 27 in a row by the 2012-13 Miami Heat.

Elsewhere, LeBron James made a running hook shot with a second left and scored 26 points, giving Cleveland a 90-88 victory over Brooklyn.

After Joe Johnson's three foul shots tied it with 15.2 seconds left, the Cavaliers called timeout and took the ball at midcourt. James took the inbounds pass, dribbled to the top of the key before cutting to the right of the lane and hitting a hook shot over Brook Lopez.

San Antonio matched a season high with nine 3-pointers in winning its 18th consecutive home game against Atlanta and 10th straight overall against the Hawks.

Atlanta had season lows for points in any quarter (12 in the second) and first-half points (37) and matched a season low for total points. The Hawks' starters finished with 38 points.

In Washington, Cory Joseph made a 3-pointer at the buzzer to lift Toronto past Washington 84-82.

Joseph took DeMar DeRozan's pass in the corner and nailed the winning shot. He finished with 12 points as Toronto won its fourth straight despite tying a season high with 22 turnovers

Comments
Topics mentioned in this article
Stephen Curry Golden State Warriors Sacramento Kings NBA
Get the latest updates on India vs Australia and check out  Schedule, Results and Live Score. Like us on Facebook or follow us on Twitter for more sports updates. You can also download the NDTV Cricket app for Android or iOS.