Satnam Singh Bhamra, who was picked up by the Dallas Mavericks, moved to Florida for training before making his presence felt in the NBA circuit. The 19-year-old sensation believes that many hoopsters can take a leaf out of his book to dream big. 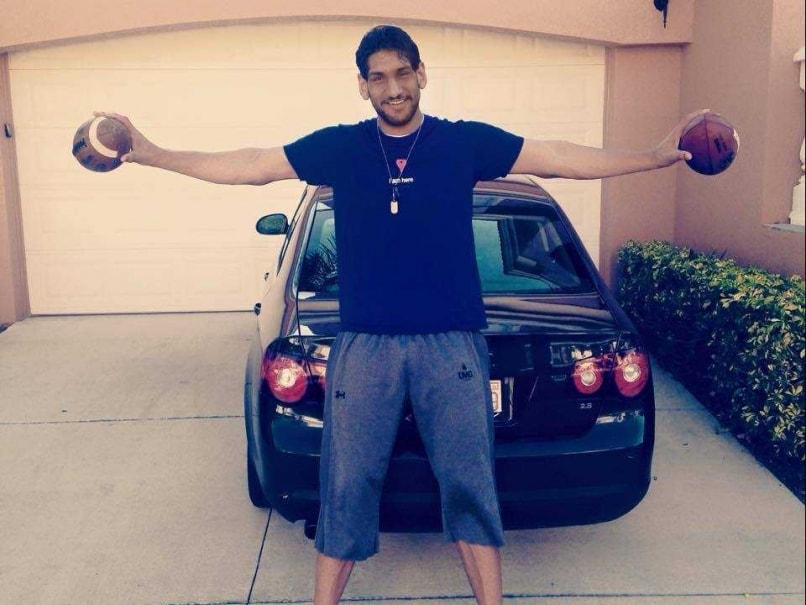 On cloud nine after becoming the first Indian to make the NBA draft for Dallas Mavericks, Satnam Singh Bhamra today said his entry will open the doors for more Indians to play basketball at the highest level in America.

Having represented the national team, Satnam moved to Florida for training before making his presence felt in the NBA circuit. The 19-year-old sensation believes that many hoopsters can take a leaf out of his book to dream big. (Satnam Singh Makes NBA History)

"The feeling is of course unreal but it has happened and I feel that my entry will certainly open the doors for many aspiring basketballers in India to dream big," said an elated Satnam to a host of Indian journalists on conference call from the US. (Interesting Times Ahead in the NBA)

"At least there is somebody with whom the youngsters back home can identify, somebody who is playing in the NBA. Now a road has opened up for them from which they can come up.

"The game will certainly grow in India in the coming years. You see the popularity of cricket now but in future basketball will also be popular back home," he added. (NBA Eyes India as Part of Global Drive)

Hailing from a small village called 'Ballo Ke' near Ludhiana, the 7 feet 2 inches player has made it to the home of basketball in the world and Satnam admitted that there was lot of anxiety before the result of the draft came in. Satnam was picked in the 52nd draft and second list of the NBA.

"Forget about sleep, I haven't even eaten anything because of the anxiety. There were no nerves as such but just that feeling that I should make it into the draft. I was certainly hopeful after coming this far but there is always a big if. But by the grace of God I have realised my dream," he said with a big laugh.

Coming from a farmer's family, Satnam came to the US in September 2010 as part of a scholarship program between IMG and Reliance. The 110 kg player thanked his family and his first guide for making his dream a reality.

"I haven't been able to call home but I will certainly get connected via skype. I can never forget about the prayers and sacrifices of of my mother, who is instrumental in me getting here.

"My sister also went to the guruduwara and prayed a lot for me. I can't also thank enough Dr. Subramaniam, my first coach, who believed in me and always encouraged me to chase my dreams and achieve my goals."

"He had a dream that any one of his ward should play in the NBA and today his dream has been realised. I am missing him a lot at this moment," said an emotional Satnam.

The towering youngster has been training in Florida for the last five years along with players of 39 countries on an initiative of US-based IMG Reliance Academy.

Satnam also praised the efforts of his academy coaches Kenny Natt and Daniel J Barto for helping the raw talent emerge as a polished player.

"It was Daniel who has worked with me since the last five years. He was instrumental in getting me to the US, rather he facilitated my trip to the land of opportunities. He helped me a lot in honing my skills and getting my nuances in place," said Satnam.

"Kenny told me to focus before the draft night and told me to believe in myself. So I thank all the coaches and players that I have coached under and played with all through my career so far," he said.

Looking up to Kobe Bryant as his favourite NBA star, Satnam also looks forward to rubbing shoulders with the best in the business, especially German veteran Dirk Nowitzki, who is part of the Dallas squad.

"My favourite NBA player is Kobe Bryant for sure. And I would love to play with the best of the best. It will definitely be a learning experience and I would certainly look to pick a few things from Dirk Nowitzki," he said.

Canada-born Sim Bhullar became the first Indian origin player to play in NBA when he briefly featured for the Sacremento Kings this season and Satnam admits to have had a word with the Punjabi-speaking hoopster.

"Yes, I have had a chat with Sim Bhullar, we chatted in Punjabi and he gave me confidence to make it to the NBA draft," said Satnam on being asked about getting in touch with Bhullar.

Rising up the ladder, Satnam, who is still comfortable in Punjabi, can now converse in English with some ease and the humble player admits that picking up the Queen's language was not easy.

"Yes, now I can speak and understand English well. There is a bit of a problem when somebody speaks fast, but otherwise I have come to term with the language. It is no more a barrier for me," he said.

Comments
Topics mentioned in this article
Dallas Mavericks NBA Satnam Singh
Get the latest updates on India vs Australia Series, check out the India vs Australia Schedule for 2020-21 and Ind vs Aus live score . Like us on Facebook or follow us on Twitter for more sports updates. You can also download the NDTV Cricket app for Android or iOS.