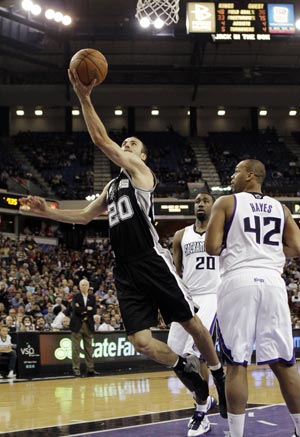 Manu Ginobili scored 20 points and Kawhi Leonard had 19 for the Spurs, who were playing their fifth game in six days but still shot 54 percent and outrebounded the Kings.

Isaiah Thomas scored a career-high 28 points and had 10 assists for Sacramento, which has lost four straight.

Comments
Topics mentioned in this article
Sacramento Kings NBA Isaiah Thomas
Get the latest Cricket news, check out the India cricket schedule, Cricket live score . Like us on Facebook or follow us on Twitter for more sports updates. You can also download the NDTV Cricket app for Android or iOS.