The New Jersey Nets can accept their invitation to Kim Kardashian's wedding. 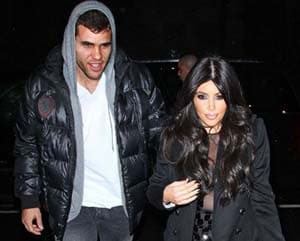 The New Jersey Nets can accept their invitation to Kim Kardashian's wedding.

A team official says the Nets have been granted permission to attend the reality star's marriage to forward Kris Humphries on Saturday in California.

General manager Billy King and other members of the Nets' basketball operations department are expected to attend the ceremony of their free agent forward, the official told The Associated Press on Tuesday on condition of anonymity because the guest list was to remain private.

With players and their teams not supposed to be in contact during the lockout, they must check with the league about events where they would be together. Weddings are among the special cases the NBA has allowed, such as when Heat All-Star Chris Bosh got married earlier this summer.

Comments
Topics mentioned in this article
NBA Kris Humphries Formula 1
Get the latest Cricket news, check out the India cricket schedule, Cricket live score . Like us on Facebook or follow us on Twitter for more sports updates. You can also download the NDTV Cricket app for Android or iOS.