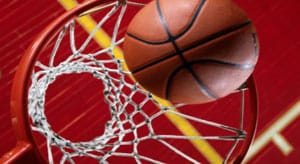 "I think Indian basketball has a lot of potential. The most important thing is seeing the youth have fun. It is going to have rich following here," Paul Grant told PTI here at an interactive session.

Grant, who is here with some other former National Basketball League players to represent American team Sportspower in the tournament, had turned out between 1998 and 2004 as a centre for the Minnesota Timberwolves, Milwaukee Bucks and Utah Jazz in the NBA.

"Coming here, you don't know what to expect in terms of the playing style, love for the play...and I have definitely been impressed with what I have seen and heard, considering basketball has been popular here for last 10-15 years. It's very encouraging," said Grant.

The two former players were at the NBA Cares clinic conducted at the Don Bosco School's basketball courts in Matunga here.

Williams said the only thing lacking in India is the knowledge about the sport.

"The only thing that is lacking in India is knowledge. If you are trying to get to a higher level, you need to have people at the higher level come and explain the game to you. If you get that, the better your players are going to become.

"That is the only thing they are lacking. The kids in the States see a lot more basketball or they see more players and they are going to mimic what they see us do. That is what India needs," he said.

On the NBA initiative in India, Williams said, "I think these types of initiatives are great because it helps to grow the game."

"What we are trying to do here is to promote sportsmanship and show that though we are from different nations, we are one world. We are more alike than we are different. Basketball is a great unifying sport," said Grant.

"I have met a lot of people around the world whom I would have never met before in my life if I hadn't played basketball. Meeting kids and meeting the Indian players, we know that we are alike. We might have different cultures but we are alike," he added.