NBA Star LeBron James Hits Back At Deceptive Ad Campaign For Using His Words, Image Out Of Context

NBA star LeBron James hit back Friday at a deceptive digital ad campaign raising fears over US mail-in voting that is using his image and words out of context. 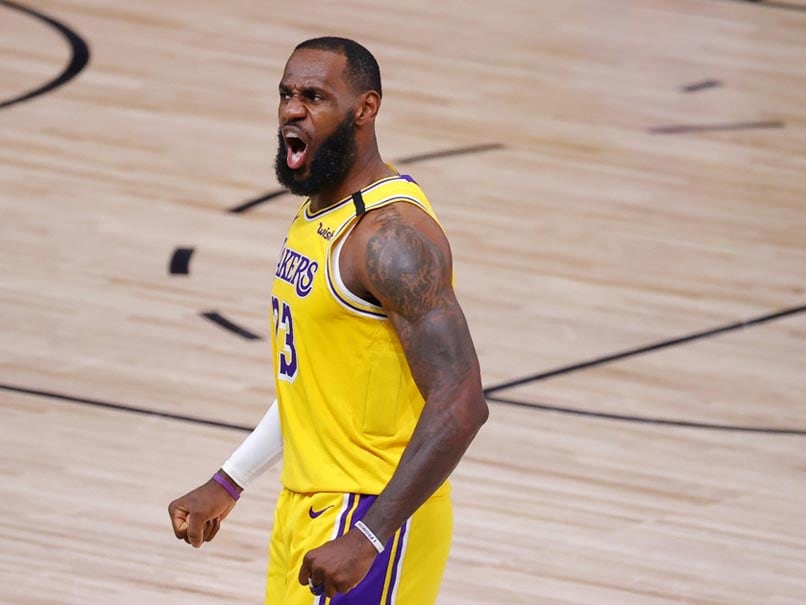 NBA star LeBron James has objected to the out of context use of his words and images to deceive people.© AFP

NBA star LeBron Jameshit back Friday at a deceptive digital ad campaign raising fears over US mail-in voting that is using his image and words out of context. Three-time NBA champion James, now leading the Los Angeles Lakers in the NBA playoffs, tweeted his concerns Friday along with a Washington Post article outlining the moves of FreedomWorks, which has circulated ads on Facebook.

Some paid posts include an image of James with quotes of his branding the closing of polling places "systemic racism and oppression" and linking those closures to expanding opportunities to vote by mail -- something James was not doing.

"First of all, Everyone needs to know the kind of BS happening about this election and get organized. This is exactly why we coming together for @morethanavote - misinformation = suppression!" James tweeted Friday.

"Secondly, Nobody should be able to use my name (or anyone else name) to lie and deceive about the election. Not sure what we can do legally but definitely trying to figure it out!"

Peter Vicenzi, communications director for FreedomWorks, told the Post a "partner group" set up the website and placed ads, saying of the material about James, "That's not our ad."

The situation comes ahead of November's US Presidential election, where Donald Trumpwill run for re-election.

Trump has criticized NBA players for kneeling during the US anthem before games, a protest move made to raise awareness of racial inequality and social injustice issues.

After Trump said he doesn't watch games after seeing players kneel, James responded by saying he didn't "really think the basketball community are sad about losing his viewership."

Four-time NBA Most Valuable Player James called Trump a "bum" in 2017 when he rescinded an invitation to the Golden State Warriors to visit the White House in celebration of their NBA title.

James also saluted workers at Goodyear, based in his hometown of Akron, Ohio, after Trump urged a boycott of Goodyear products for the company's supposed ban on the Trump "MAGA" caps.

Comments
Topics mentioned in this article
Los Angeles Lakers LeBron James NBA
Get the latest updates on IND vs NZ 2021, check out the Schedule and Live Score . Like us on Facebook or follow us on Twitter for more sports updates. You can also download the NDTV Cricket app for Android or iOS.