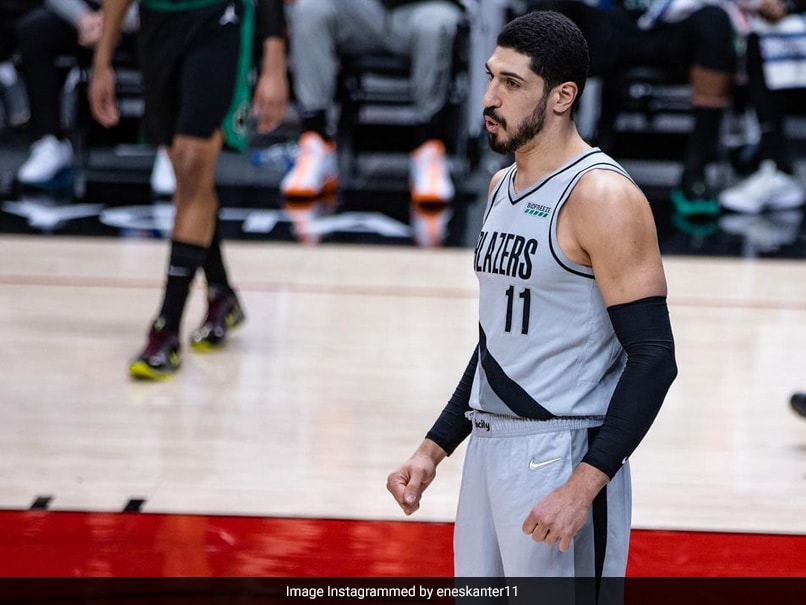 NBA player Enes Kanter on Wednesday slammed Chinese President Xi Jinping as a "brutal dictator" and declared that "Tibet belongs to the Tibetan people", risking reigniting tensions between Beijing and the US basketball league. Tibet has alternated over the centuries between independence and control by China, which claims it "peacefully liberated" the region in 1951 and brought infrastructure and education to the previously underdeveloped region.

"I stand with my Tibetan brothers and sisters, and I support their calls for Freedom," the 29-year-old added, next to a picture of sneakers adorned with Tibetan iconography and the slogan "Free Tibet".

The message accompanied a three-minute video of Kanter wearing a T-shirt of the Dalai Lama and criticizing Chinese rule in the region.

Kanter wore the political sneakers on the sidelines of the Celtics' 138-134 double-overtime defeat to the New York Knicks on Wednesday night, a game he did not appear in.

Global brands including the NBA have in recent years been consumed by PR crises and faced financial repercussions in China after touching politically sensitive subjects.

In 2019, Chinese broadcasters dropped the league after Daryl Morey, then general manager of the Houston Rockets, tweeted a message of support for pro-democracy protesters in Hong Kong.

But the NBA remains wildly popular in China, where it is the most popular sports league.

By Thursday in China, the sports site of tech giant Tencent showed upcoming Celtics games had been pulled from its livestream roster.

Coverage of the games had been downgraded to text and photo only, a status currently applied to the Philadelphia 76ers, where Morey is now president.

A handful of confused fans asked on Tencent's website and Weibo page why the streams were pulled.

When asked about Kanter's comments, the Chinese foreign ministry spokesman said: "His ridiculous allegation is not even worth refuting."

"We welcome all friends from all countries to visit Tibet without prejudice and with an objective stance," Wang Wenbin said during a regular press conference.

Swiss-born and Turkey-raised, Kanter is a devout Muslim, and vocal in defense of various political causes.

He has previously angered the Turkish government of President Recep Tayyip Erdogan, who he has also dubbed a "dictator".

In a 2020 opinion piece for The Boston Globe, he wrote: "Tens of thousands of innocent people are locked up in Turkish jails, paying the price of President Recep Tayyip Erdogan's disdain for human rights."

Kanter re-joined the Celtics in August, having played for them a couple of years earlier.

In more than 700 NBA appearances, he has also turned out for Utah, Oklahoma City, New York and Portland.

Comments
Topics mentioned in this article
NBA
Get the latest updates on ICC Women's Cricket World Cup 2022 and IPL 2022, check out the Schedule , Live Score and IPL Points Table. Like us on Facebook or follow us on Twitter for more sports updates. You can also download the NDTV Cricket app for Android or iOS.