Christian Wood, who plays for the Detroit Pistons, became the third NBA player to contract COVID-19. 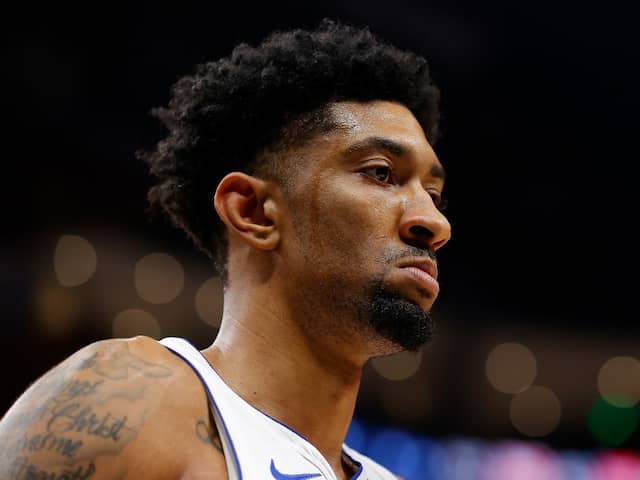 Detroit Pistons player Christian Wood has tested positive for the coronavirus, becoming the third NBA player to contract COVID-19. The Pistons, without identifying Wood, issued a statement on Saturday saying that one of their players had tested positive. Woods' agent Adam Pensack told the Detroit News on Saturday that his client is the one, adding "he feels 100 percent fine." "A player on the Detroit Pistons, who is under the care of team medical staff and in self-isolation since Wednesday night, was tested for COVID-19," the Pistons said in a statement. "A preliminary positive result came back on March 14.

"The health and safety of our players, our organization, those throughout our league, and all those potentially impacted by this situation is paramount. We are working closely with team medical staff, state and local government and public health officials and the NBA on reporting. The individual will remain in isolation and under the care of team medical staff."

The 24-year-old forward experienced flu-like symptoms before playing in Wednesday' game against the Philadelphia 76ers.

On March 7, Wood scored 30 points and pulled down 11 rebounds against the Utah Jazz, whose Rudy Gobert became the first NBA player to test positive for the disease which has sparked a global pandemic.

Wood, who is in his first season with the Pistons, scored a career-high 32 points against the Sixers on Wednesday.

That was the same evening that Gobert's diagnosis with COVID-19 prompted the NBA to suspend its season indefinitely.

On Thursday, the Pistons said that all of their players, coaches and staff would "self-isolate until further notice."

The Pistons, Cleveland Cavaliers, Boston Celtics and the Toronto Raptors all played games against the Jazz recently.

The Raptors, who played the Jazz on Monday in Salt Lake City, have tested all of their players and the majority came up negative, but they said Friday they were still waiting on the results of one more test.

Comments
Topics mentioned in this article
Detroit Pistons NBA
Get the latest Cricket news, check out the India cricket schedule, Cricket live score . Like us on Facebook or follow us on Twitter for more sports updates. You can also download the NDTV Cricket app for Android or iOS.