NBA Champs San Antonio Spurs Confident Ahead of Next Season

Spurs will be looking towards the talented Kawhi Leonard to fulfil his abundant talent, glimpses of which was on display last season. 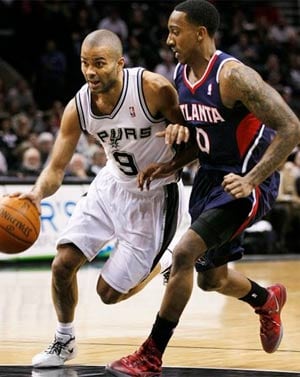 National Basketball Association (NBA) champions San Antonio Spurs need to shake off complacency to achieve a daunting quest of defending their title but are confident of fulfilling the task, coach Gregg Popovich has said.

With only two months left for the beginning of the season, the team is back to training in full force.

Coach Popovich, in his 20th year as the Spurs coach, admitted to the tough task ahead and said the challenge is very stiff.

"I'm worried for one reason. They are human beings. They are going to feel satisfied," Popovich told San Antonio Express-News.

Spurs will be looking towards the talented Kawhi Leonard to fulfil his abundant talent, glimpses of which was on display last season.

Leonard was named the most valuable player of the NBA finals, becoming the youngest player since Magic Johnson in 1982 to get the award.

Much of Spurs success was due to the play of Tim Duncan, Manu Ginobili and Tony Parker but substitutes Danny Green, Tiago Splitter, Boris Diaw and Patty Mills will also lay a crucial role in their bid of defending the title.

They have re-signed 34-year-old Tony Parker on a three-year at 43 million dollars and would hope Tony inspires them to another championship triumph.

Comments
Topics mentioned in this article
NBA San Antonio Spurs
Get the latest Cricket news, check out the India cricket schedule, Cricket live score . Like us on Facebook or follow us on Twitter for more sports updates. You can also download the NDTV Cricket app for Android or iOS.