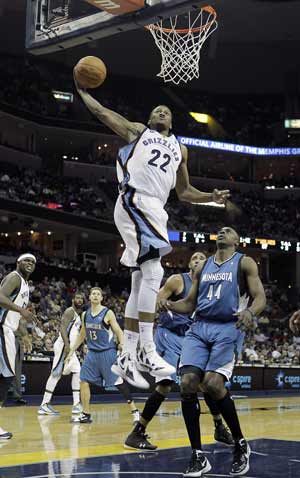 Cunningham, inserted into the starting lineup after All-Star center Marc Gasol sat out with a sprained right ankle, was 6 of 9 from the field as all five Memphis starters finished in double figures.

Marreese Speights had 18 points, Tony Allen finished with 13, and Mike Conley had 12 points and eight assists as the Grizzlies won their second straight.

Comments
Topics mentioned in this article
NBA Rudy Gay Marreese Speights Marina Erakovic Minnesota Timberwolves
Get the latest updates on SA vs IND 2021-22, check out the Schedule and Live Score . Like us on Facebook or follow us on Twitter for more sports updates. You can also download the NDTV Cricket app for Android or iOS.