Racist remarks by Danny Ferry in June regarding African-born British NBA star Luol Deng were made public on Monday. 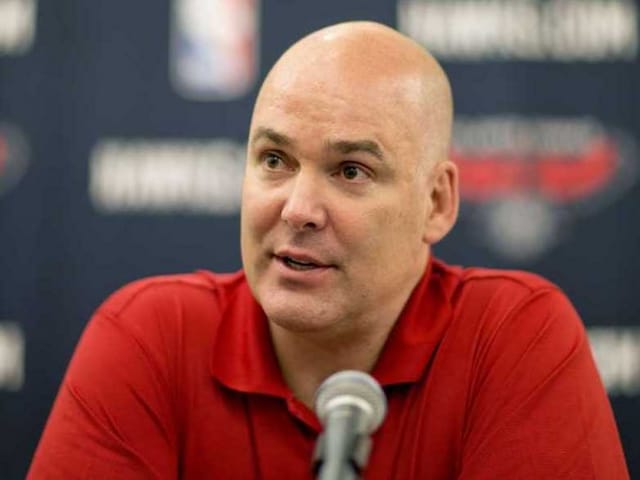 In this July 10, 2013, file photo, Atlanta Hawks general manager Danny Ferry speaks at a press conference in Atlanta. Ferry has been disciplined by CEO Steve Koonin for making racially charged comments about Luol Deng when the team pursued the free agent this year. Ferry apologized Tuesday, Sept. 9, 2014, for "repeating comments that were gathered from numerous sources" about Deng.© AP
Los Angeles:

It was a photo of Johnson with the former girlfriend of then-Clippers owner Donald Sterling that led to racist comments from Sterling that later saw him banished from the NBA for life and the Clippers sold.

It has emerged those remarks led to an investigation that uncovered racist comments in 2012 by Hawks owner Bruce Levenson, prompting him to announce at the weekend that he was selling the team.

Hawks chief executive Steve Koonin has punished Ferry -- the exact punishment has not been revealed -- and Ferry has apologized.

"I'm happy to see that Bruce Levenson is selling his share in the Atlanta Hawks after making racist comments," Johnson wrote on Twitter.

"Atlanta Hawks GM Danny Ferry should step down after making racist statements about NBA player Luol Deng. I feel bad for my good friend and Hawks CEO Steve Koonin, who has been put in an awkward position by the comments from Levenson and Ferry. The City of Atlanta and the Hawks fans deserve and should demand better from the Hawks leadership."