The Staples Center roared when the 37-year-old Kobe Bryant took the mic before Friday's game and thanked his fans. Bryant, who has a record 395 points on Christmas Day, played 26 minutes in his NBA-record 16th Christmas Day game and scored 12 points for the Lakers. 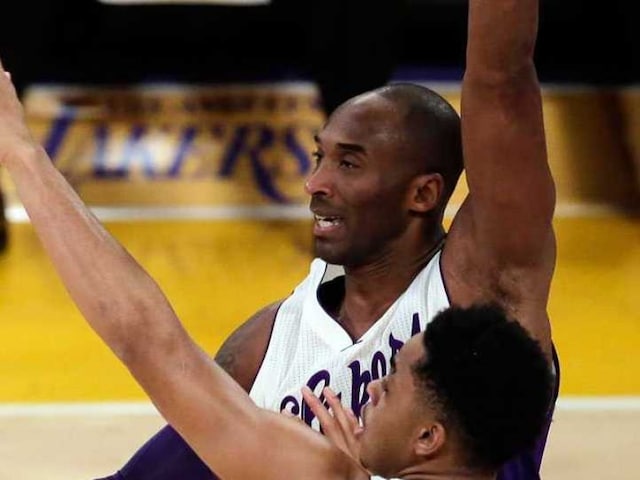 The Staples Center roared when the 37-year-old Bryant took the mic before Friday's game and thanked his fans. Bryant, who has a record 395 points on Christmas Day, played 26 minutes in his NBA-record 16th Christmas Day game and scored 12 points for the Lakers, reports Xinhua.

"He (Kobe) has been good the last 10 games or so. I'm pretty sure he's happy with how he's playing. He's playing at a different level right now than he was about a month ago," Lakers head coach Byron Scott said.

The Clippers took an 85-57 lead into the fourth, and both coaches rested all their starters until the Lakers started to make a move.

"I thought we played okay. I thought we could've been so much better, even with the lead in the first half," Clippers head coach Doc Rivers said.

The Lakers opened the fourth quarter on a 25-4 run to pull within seven points of the Clippers. The crowd went wild, but the Clippers pulled away with a 3-pointer by Wesley Johnson and a 16-footer by Paul. The Lakers could not complete the comeback.

Rookie D'Angelo Russell had a team-high 16 points off the bench for the Lakers.

"We know that team is a playoff contender so we should just use that as confidence knowing that we can compete with teams like that. But at this level, every team is good no matter what people on the outside say," Russel said.

J.J. Redick had 14 points and DeAndre Jordan had nine points and 14 rebounds for the Clippers. They have won 12 of their last 13 meetings with the Lakers.

Bryant announced on November 29 that he will retire after this season, his 20th in the National Basketball Association (NBA). His best December 25 game was in 2004, when he had 42 points in a 104-102 overtime loss to Miami here.