Dallas had won five meetings in a row with the Cavaliers and eight of their past nine games against Cleveland. 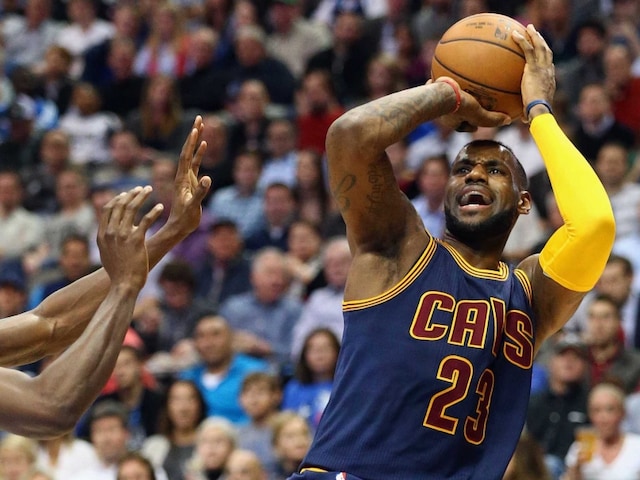 LeBron James had game highs of 27 points and eight assists Tuesday, powering the Cleveland Cavaliers to a 127-94 victory over Dallas, their largest-ever win over the Mavericks.

The four-time NBA Most Valuable Player also grabbed seven rebounds as the Cavaliers improved to 41-25, second in the Eastern Conference and one game ahead of Chicago for the Central division lead.

Dallas had won five meetings in a row with the Cavaliers and eight of their past nine games against Cleveland.

Chandler Parsons led the Mavericks with 18 points while Monta Ellis had 17 and German star Dirk Nowitzki had 13 points.

The Mavericks fell to 41-25, just ahead of defending champion San Antonio in the fight for sixth in the Western Conference.

The Cavaliers next visit San Antonio on Thursday, the first time James will visit the Spurs since last year's NBA Finals, when he and his then-teammates at Miami lost to the Texas club.