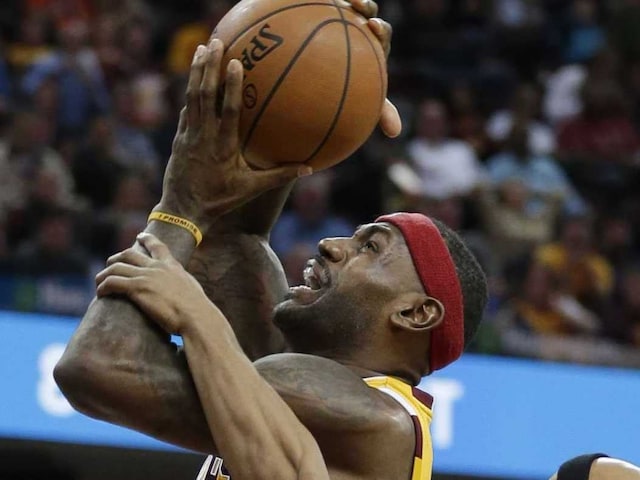 LeBron James is currently in fifth place in the offensive league leaders list, averaging 25.6 points per game in the 2015-16 NBA season.
New York:

Sports stars upload videos, usually a minute or two long and filmed by themselves, to disclose something about their lives or other subjects that interest them.

The investment from the Time Warner divisions will help the platform develop exclusive content, boost the brand's profile and expand "Uninterrupted" into new tech platforms such as a mobile app, a statement said.

"The best thing about 'Uninterrupted' is there are so many creative opportunities for athletes to tell their stories," James said in the press release.

"I'm excited to be partnering with important, innovative companies like Warner Brothers and Turner to keep building 'Uninterrupted' as a place for athletes to go to connect with fans and share their stories in a different way."

Comments
Topics mentioned in this article
LeBron James Draymond Green NBA
Get the latest Cricket news, check out the India cricket schedule, Cricket live score . Like us on Facebook or follow us on Twitter for more sports updates. You can also download the NDTV Cricket app for Android or iOS.