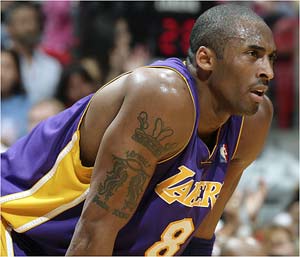 The game is meant to be the first stop on a six-game world tour featuring NBA stars with games on November 1-2 at London, November 6 at Macau and November 8-9 at Melbourne, Australia.

But ESPN reported that the remainder of the tour could be postponed after the Puerto Rico game, which featured brisk ticket sales and will see a portion of proceeds donated to player charities.

LeBron James, Chris Paul and Carmelo Anthony rejected an offer to play in the global trek, according to the report.

Comments
Topics mentioned in this article
NBA Kevin Durant MS Dhoni Kobe Bryant Rafael Nadal Tiger Woods
Get the latest updates on ICC Women's Cricket World Cup 2022 and IPL 2022, check out the Schedule , Live Score and IPL Points Table. Like us on Facebook or follow us on Twitter for more sports updates. You can also download the NDTV Cricket app for Android or iOS.