The rings sold for more than $100,000 each, while six other items of Bryant memorabilia sold for a combined $433,531 in the month-long auction. 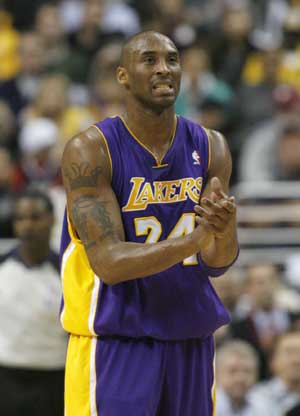 The rings that Bryant gave to his parents, each sold for more than $100,000 while the six items of Bryant memorabilia sold for a combined $433,531 in the month-long auction that closed on Saturday.

Bryant had filed a suit against the auction company, Goldin Auctions, saying his mother didn't have the right to sell the items. A settlement was reached last month allowing six items to be auctioned after the five-time NBA champion's parents apologised to their son.

As part of the sale, Goldin Auctions is donating $62,565 to The Bully Project, a Bryant-supported charity.

Comments
Topics mentioned in this article
NBA Rafael Nadal Kobe Bryant MS Dhoni Tiger Woods
Get the latest Cricket news, check out the India cricket schedule, Cricket live score . Like us on Facebook or follow us on Twitter for more sports updates. You can also download the NDTV Cricket app for Android or iOS.