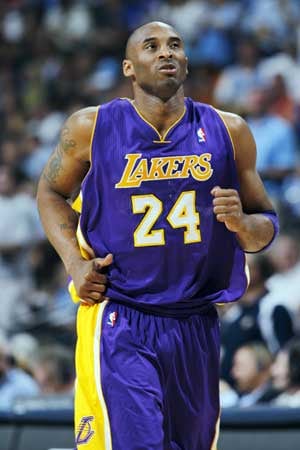 Bryant made a pull-up jumper from the free throw line with 7:54 remaining in the second quarter to eclipse Chamberlain's mark of 31,419 points. He tied Chamberlain 22 seconds earlier with a layup.

The 34-year-old Bryant is in his 17th season - all with the Lakers.

Comments
Topics mentioned in this article
Kobe Bryant Tiger Woods MS Dhoni NBA Rafael Nadal
Get the latest Cricket news, check out the India cricket schedule, Cricket live score . Like us on Facebook or follow us on Twitter for more sports updates. You can also download the NDTV Cricket app for Android or iOS.